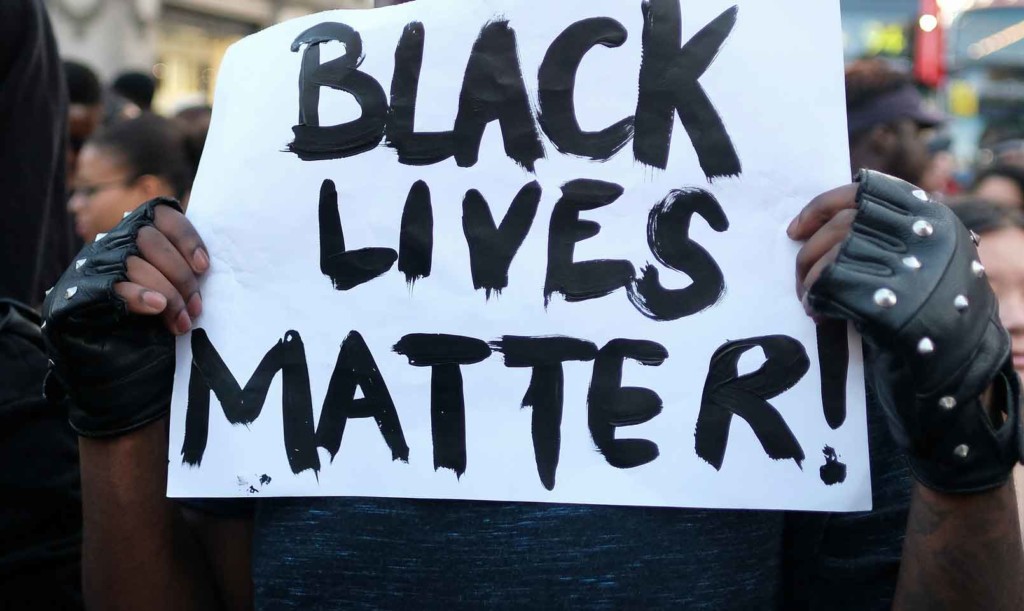 An SUV driver ploughed into a group of bicyclists near Madison Square Park in Manhattan on Saturday night, leaving two of them hospitalized with minor injuries.

The bicyclists were participating in a Black Lives Matter “Justice Ride” and pedalling south on Fifth Avenue at 7:17 p.m. when the driver who remained at large early Sunday sped into the group at 25th Street, police said.

Video of the incident shows the driver honking while driving into the crowd. Riders could be heard shrieking in horror.

The victims could then be seen lying in the street as others jump to their aid, shouting for a medic.

A 19-year-old woman was taken to Bellevue Hospital and treated for non-life-threatening injuries, while a 37-year-old man refused medical help, according to police sources.

The driver, meanwhile, sped away in what sources say was a 2014 black Infiniti QX6.

One of the bikes that was struck had a badly damaged back wheel.

The incident is the latest case of a driver ploughing through protesters during the months-long civil unrest over the police killings of George Floyd and Breonna Taylor.