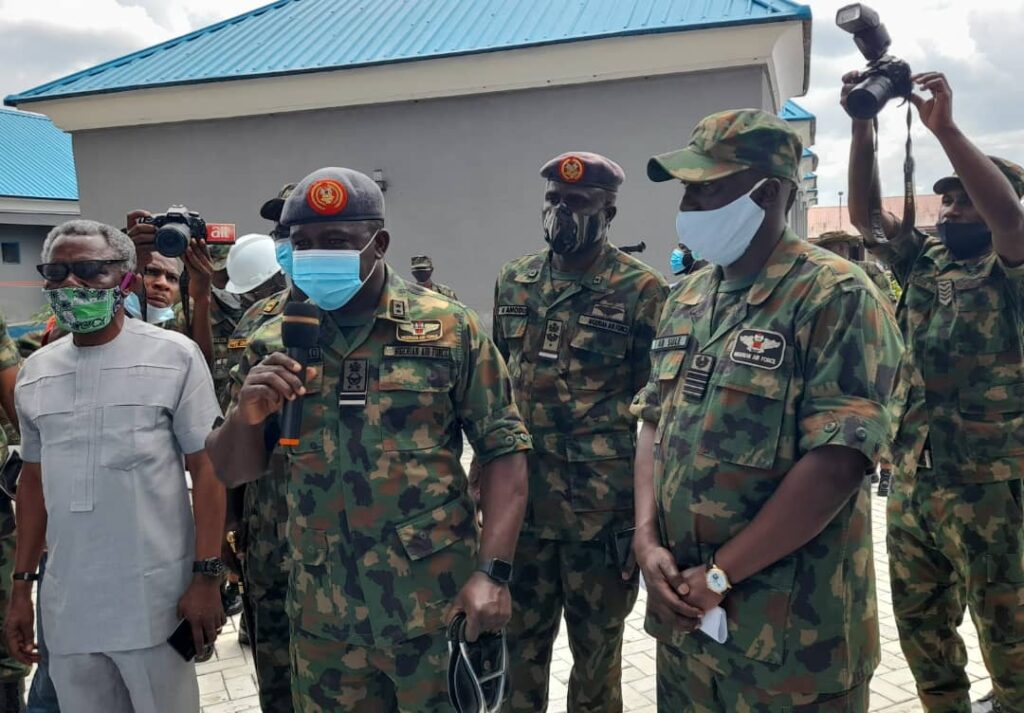 The Chief of Air Staff, Air Marshall Sadique Abubakar, has commissioned a 30 X 1 bedroom transit accommodation for airmen at the 305 Special Mobility Group (SMG) on Thursday in Calabar.

Abubakar, who was represented at the occasion by AVM Isiaka Amao, who is incharge of Policy and Plans, Nigerian Air Force (NAF) Abuja, said the welfare of personnel was very critical to the growth of the force.

Abubakar said that when personnel are well cared for with good accommodation, they are more likely to do their job better.

According to him, the headquarters of the Nigerian Airforce has more plan for the 305 SMG which he said will be unveiled soon.

“The 305 SMG was established to survey and secure Southern axis of the Nigerian airspace, continuing from the point where the area of responsibility of 115 Special Operation Group Portharcourt terminates.

“However, the operational services of the Super Puma aircraft is required more in the North-Eastern part of the country where the air operation is direr.

“That is however not to say that you do not need a platform to perform your assigned role as Nigerian Airforce unit.

“It is with this in mind that we at the headquarters of NAF are doing the best to provide at least one more Super Puma helicopter to ensure you have a helicopter domiciled in Calabar for necessary air operation.

“In the interim, however, 115 Special Operation Group Portharcourt will continue to extend support to you with its platform as required,” he said.

He observed that cases of kidnapping and armed robbery were still being reported in some parts of the state, adding that the act emphasises the need for officers of the command to remain vigilant and alert.

“We cannot lose sight on the fact that we are a fighting force and as such the highest level of vigilance and security must be maintained always in our areas of responsibility,” he said.

Speaking, the Commander of 305 SMG Calabar, Group Capt. Abraham Sule said the command took a new look after the CAS visit in November 2019.

Sule said that the joint Airmen mess was inaugurated from a huge grant from the CAS, while the provision of accommodation projects for officer and men started.

He said that various projects were ongoing at the base with a view to providing comfortable accommodation and environment for the officers and men of the base.

“The CAS has continually placed welfare as his topmost priority and we sincerely appreciate your relentless commitment to the provision of infrastructure for the optimal performance and comfort of NAF personnel.

“With a deep sense of gratitude, we re-assure you of our commitment and support for your deep vision for the NAF,” he said.

FG inaugurates 16 board members of PENCOM

Capital inflows into the economy to remain weak — LCCI