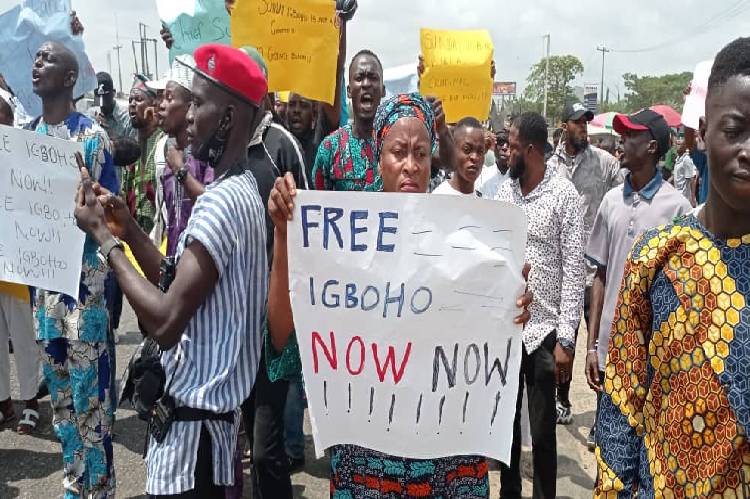 
Some Yoruba Nation agitators have stormed the city of Ibadan to demand the immediate release of Sunday Igboho by the federal government.

They also demanded that the extradition of Sunday Igboho to Nigeria should not be granted by the Beninese government.

The protest which began at his Soka residence disrupted vehicular movements in major roads across the vicinity.

Leader of the protest, Yusuf Ajikobi said it was unjust for the Yoruba Nation agitator to be detained outside the Nigerian jurisdiction.

He said Sunday Igboho had committed no offence and as such should be allowed to move freely without being hunted.

The protesters also vowed not to stop agitating until their demands are met.