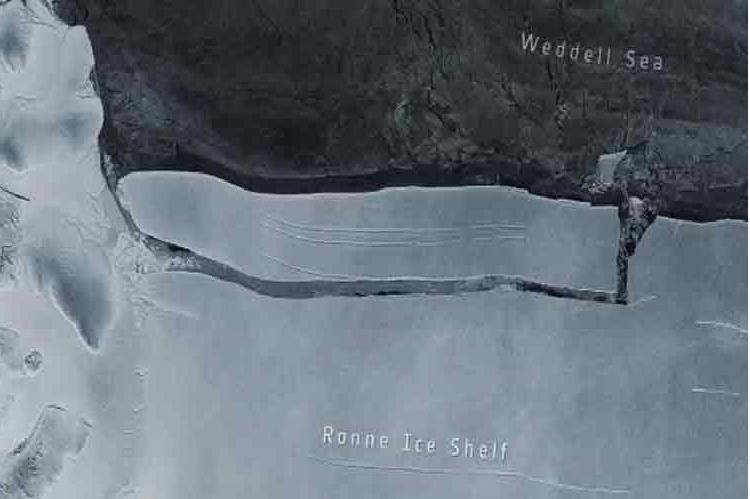 The European Space Agency (ESA) announced on Wednesday that an iceberg roughly 70 times the size of Manhattan has broken off from Antarctica’s Ronne Ice Shelf, making it the world’s largest iceberg.

The ice sheet, named A-76 by researchers, was seen in satellite images of the Copernicus Sentinel-1 mission of the European Space Agency. As many outlets have noted, it is larger even that the Spanish island of Majorca.

A-76 does not surpass the size of the previous largest iceberg, B-15, which was discovered in 2000 and had a surface area of 11,000 square kilometers before breaking up into several small icebergs.

According to scientists, the iceberg’s breakaway was not caused by climate change.

The calving of large chunks of those shelves on a regular basis is part of a natural cycle, and the breaking off of A-76, which is likely to split into two or three pieces soon, is unrelated to climate change, according to Ted Scambos, a research glaciologist at the University of Colorado at Boulder.

He also stated that it would not raise ocean levels because the majority of the ice was already floating in the sea before dislodging from the coast.