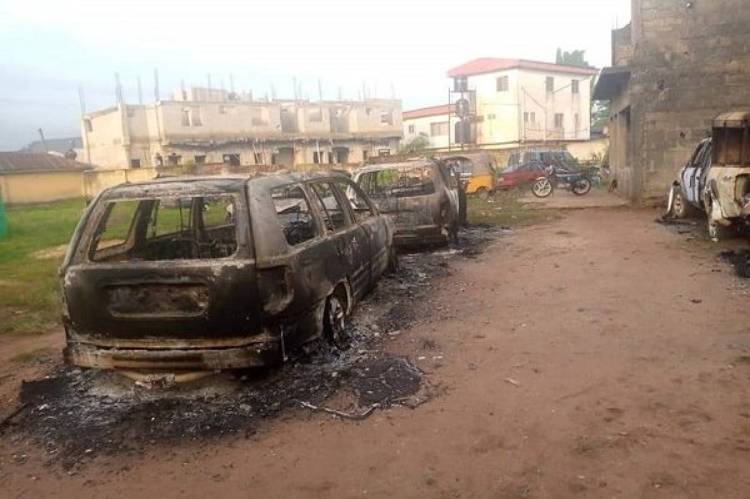 The spokesman for the Police Command in Abia, SP Godfrey Ogbonna, who confirmed the incident to the News Agency of Nigeria (NAN) in Umuahia said the attack started around 12.10 am and that the assilants attacked the station with explosives.

According to him, the operatives, who were deployed to reinforce security at the station, tried to repel the assailants but lost two men in the exchange of fire.

“In the process, we lost two of our men,” he said, pointing out that the number of the attackers had yet to be ascertained.

A resident of the area who spoke anonymously, said the midnight attack caused serious panic among residents of the community.

“We were asleep when suddenly we began to hear serious gunshots.

“Everybody in my house was woken up by the sound and then came an explosion, followed by fire,” the eyewitness said.

NAN reports that gunmen have recently carried out successful attacks on police stations in Aba, Isialangwa, Uzuakoli and Nkporo.

They also attacked the offices of the National Drug Law Enforcement Agency and Independent National Electoral Commission in Ohafia.

Meanwhile, police said no arrest had been made but that full investigations were ongoing to get the perpetrators of the attacks, which had left many of its men either dead or with gunshot wounds.
“That is what being a Nigerian means to me. And that is why I believe that all those who believe in Nigeria should stand up to be counted.