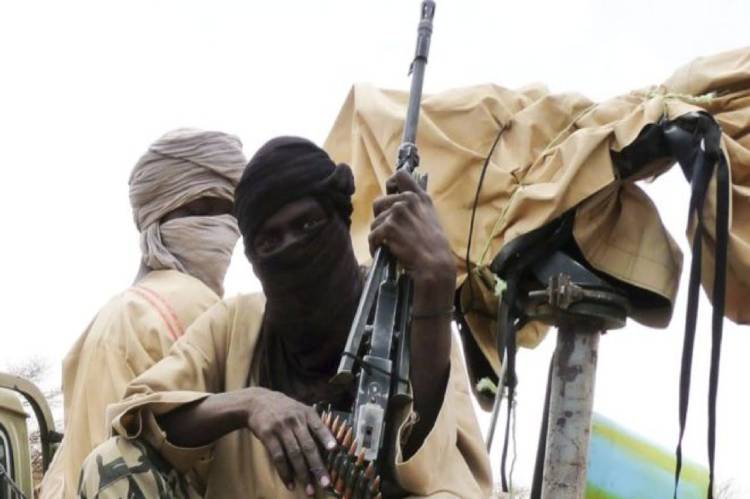 Sources in the village said the armed bandits invaded the village on Wednesday afternoon numbering about one hundred on motorcycle carrying sophisticated weapons.

A source said, the bandits attacked a military checkpoints on Sokoto/Sabon Birni road and in the process a gun battle ensued,.

After the fierce gun battle sources said the army retreated and call for backup to match the number of the assailants.

The sources said three operational vehicles from Sabon Birni responding to distress call to give enforcement to the troops on ground, but we’re ambushed and two soldiers were killed in the process.

The source said the bandits also burnt down two patrol vehicles belonging to the police and the army.

The bandits were said to have kidnapped residents of the village including workers of a primary health care centre.

They also.looted shops and houses as well as rustled unspecified number of livestock

Both the Army and the police are yet to confirmed the attack at Ungwan Lalle as the Army spokesman said he has not been briefed of the development.