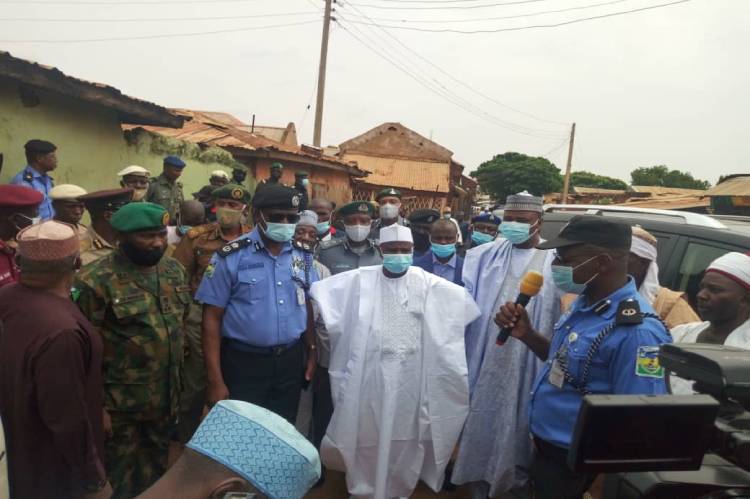 Tambuwal who visited the area in company of heads of security forces in the state following a raid by security operatives in a joint patrol he ordered after a state security council meeting where over one hundred and forty suspected criminals were arrested says it is the continuation of efforts to address insecurity in the State.

The governor who says this recent raid is a follow up to an earlier raid his administration ordered in 2016 where great success was recorded in reducing the activities of drug peddlers and users especially closing down of pharmacies and patent medicine shops trading in cough syrup with Codeine leading to a rise in insecurity.

The governor said residents in the area will be screened and find out those who are living in the area legally and engage in lawful business with the aim of relocating them to other parts of the state.

Governor Tambuwal also said those engage in criminal activities and trade that is inimical to the peaceful coexistence of Nigerians residents in Sokoto will be vacated and the area will be demolished.

The governor said this action is not targeted at any citizen from any part of the country, but a sincere and genuine efforts in ensuring security and maintaining the peace and stability of the state for citizens to go about their lawful businesses without be disturbed by criminal elements.

The commissioner advised the demolition of the area, saying the area has served as a Haven to criminal elements disturbing the peace of the Caliphate.