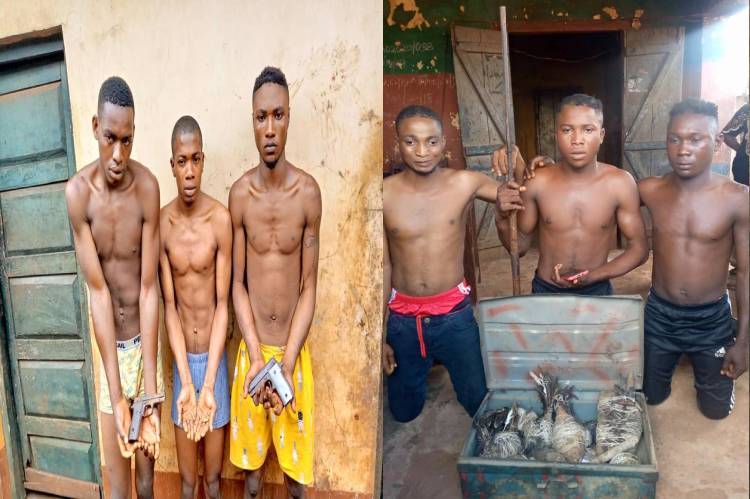 
Security Operatives have arrested a group of alleged crime perpetrators who specialized in Kidnapping and Armed Robbery within the Dekina Local Government Area of Kogi State.

The Executive Chairman of the Local Government, Prince Ishaq Shaibu Okolo who confirmed the operation by the security operatives noted that weapons including Guns, Ammunitions and Charms were recovered.

He revealed that the suspected criminals were in the custody of the security agency for further interrogation.

The arrest underscores the formidable security architecture in the state.

One of the Kidnappers who came to town was seen buying large quantity of bread for the gang and their captives and was trailed to their den where the arrest was made.

Chief Press Secretary to the Governor of Kogi state, Muhammed Onogwu, noted that the state’s security architecture has continued to stand the test of time and has recorded successes against criminal elements

He opined that the results they were recording were largely owed to the morale boost and support the Governor has continued to give as well as the cooperation from the citizens and synergy between the security operatives.

He reiterated that Government at all levels would continue to make efforts towards sustaining the drive for a peaceful Kogi state by making every nooks and crannies of the state unsafe for criminal elements and their sponsors.