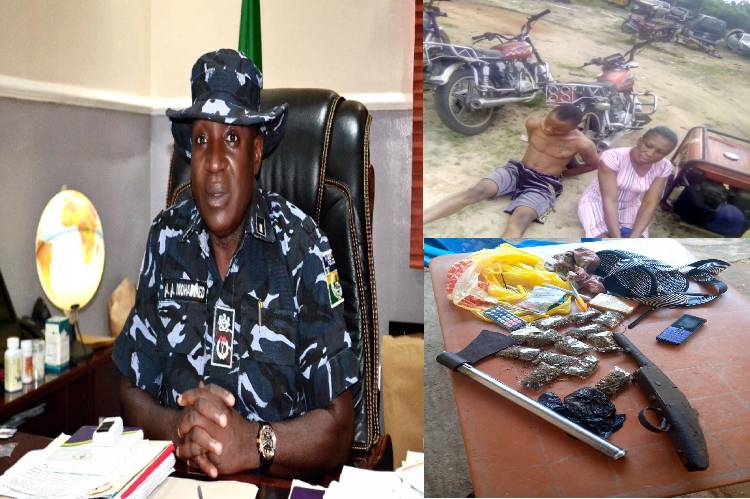 
Police in Delta state have arrested a young man and a middle-aged woman who specialise in stealing motorcycles in Oghara, Ethiope West local government. 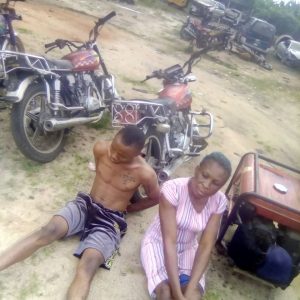 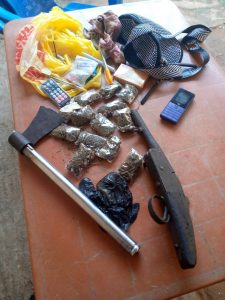 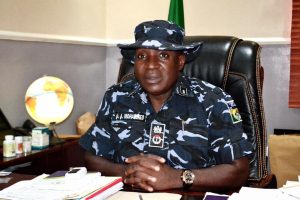 According to police, two unregistered motorcycles, a Nissan Primera car, and a generator set were also recovered, a manhunt for other gang members is ongoing.

In addition, the police are looking for three suspects: a tricycle rider and two occupants who ran after abandoning their vehicle and fleeing into the bush when they saw security operatives.

The police officers later found a locally made cut -to -size single barrel gun, one battle axe, a mobile phone and twenty wraps of weeds suspected to be Indian hemp and other hard drugs on the vehicle.