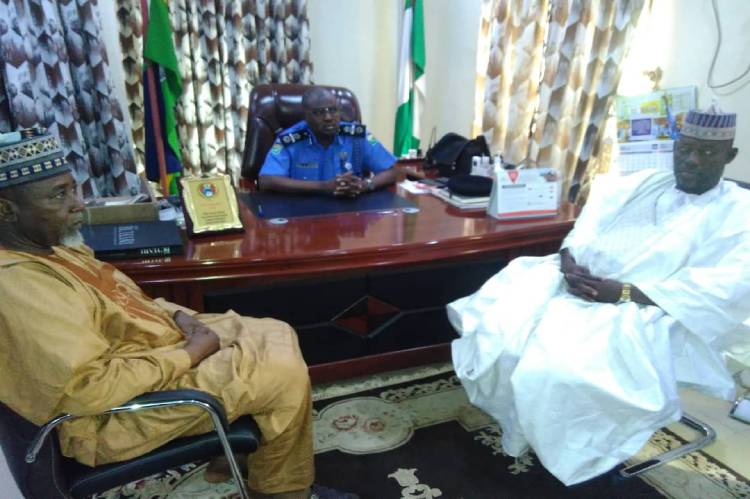 
Assistant Inspector General of Police in charge of Zone 10, AIG Ali Aji Janga has again sought the collaboration of the general public to tackle the rising insecurity in the country.

AIG Janga said the Nigeria police and it’s sister security forces cannot fight the insecurity bedeviling the country along without the support of the larger population.

AIG Janga stated this when the newly elected executives of the Police Civil Relations Committee in zone 10 paid him a familiarization visit.

According to the statement signed by the Zonal Police Public Relations Officer, Assistant Superintendent of Police Adamu Abbas the AIG said there is the need for effective collaboration towards finding a way to assist the security agencies to fight and win the battle against banditry.

He said the insecurity issues currently bedevilling the Zone and the country at large is caused by societal ills caused by poor parenting and moral decadence among the mass majority of Nigeria people.

He solicited for prayers and stressed the need to fear God and abide by religious teachings and instructions.

He also challenged the members of the PCRC to brace up and support the police saying their impact has not been felt in zone since his arrival as the AIG.

Mr. Janga promised to support the activities or the PCRC as it is in line with helping the police to achieve it’s goals by relating with members of the public.

The newly elected zonal chairman of the PCRC Bello Mijinya and the youth leader, Aliyu Oro all pledged to work with the police in tackling the security challenges in the three states of the zone.