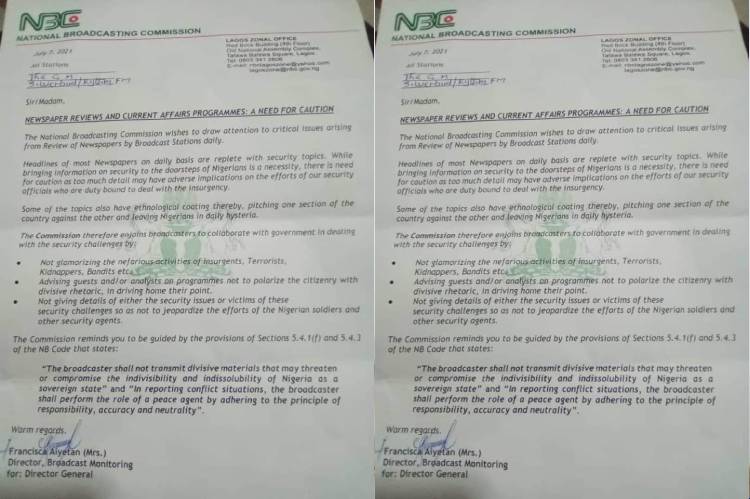 The National Broadcasting Commission (NBC) has warned television and radio stations not to divulge “details” of activities of bandits, terrorists and kidnappers in their reports.

It specifically directed radio and television stations not to “glamourise the nefarious activities of insurgents” during their daily Newspaper Reviews.

But the NBC, in a letter dated July 7, 2021 to television and radio stations, told broadcasters to adopt “caution” while reporting security issues.