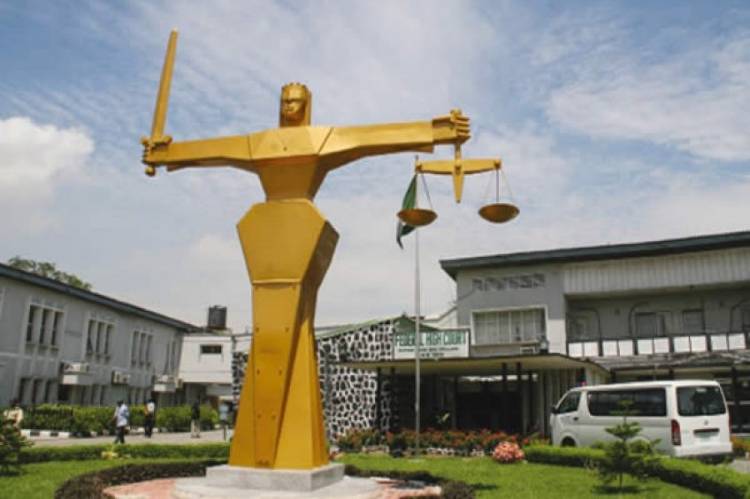 
The Federal High Court sitting in Ado-Ekiti has adjourned sitting till the 5th of October on the case brought by the Ekiti State Attorney-General, Against the Inspector-General of Police, and the Nigeria Police Force on thedismissed Pregnant Police Officer.

After Series of Adjournments, the Federal Hight Court in Ado Ekiti is hearing the Matter Proper

The Defendant in a 4 Paragraph affidavit is asking the Court to Dismiss the Civil Suit because the Plaintiff Lacks the Jurisdiction on the matter, citing the Judgement in the Case of the Attorney-General of Cross River State versus the Federal Government on the case of Walter Onoghen

He also argued Further that the dismissed Police Constable has instituted a Legal Suit against the Force at the Industrial Court Akure, and hence this case will go against  oath of non-multiplicity of action

The Plaintiff, in a 7 Paragraph Counter Affidavit Supported by written address asks the Court to Discountenance the Defendants Position, Stating that the reference cited has no correlation with the case in court

The Attorney-General Says it is Untrue that he Lacks the Constitutional right to defend the Dismissed Police Constable, addressing the misconception about the duties of the Attorney General.

The Judge, Babs Kuewumi after hearing both Arguments, Adjourns Sitting till the 5th of October for Judgement