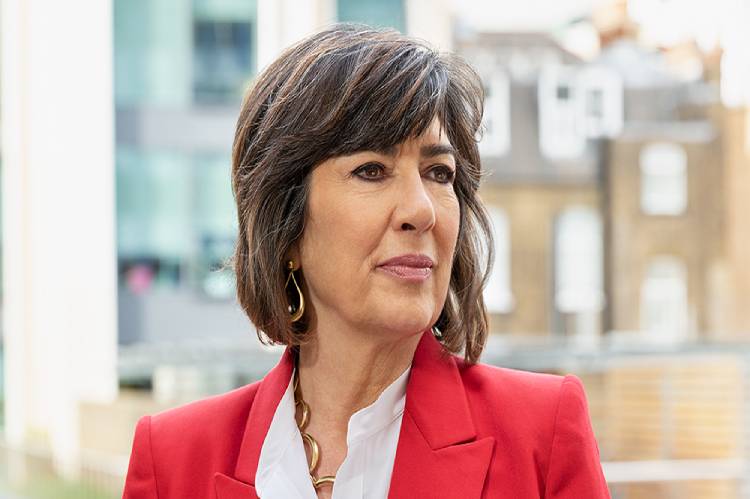 “I’ve had successful major surgery to remove it, and I’m now undergoing several months of chemotherapy for the very best possible long-term prognosis, and I’m confident,” Amanpour said at the beginning of her daily television program.
Amanpour, 63, is one of the best-known journalists in the world, in part due to her fearless coverage of international conflicts. She has been off the air for the past four weeks due to the diagnosis.
In her on-air announcement, Amanpour pointed out that ovarian cancer is all too common, affecting “millions of women around the world.”
Anchoring from her home base in London, Amanpour said she feels “fortunate to have health insurance through work and incredible doctors who are treating me in a country underpinned by, of course, the brilliant NHS,” referencing the National Health Service in the UK.
After speaking about her surgery and chemotherapy, Amanpour said, “I’m telling you this in the interest of transparency but in truth really mostly as a shoutout to early diagnosis.” She said she wanted to “urge women to educate themselves on this disease; to get all the regular screenings and scans that you can; to always listen to your bodies; and of course to ensure that your legitimate medical concerns are not dismissed or diminished.”
Amanpour also thanked her program’s staffers and Bianna Golodryga, CNN’s senior global affairs analyst, who filled in on “Amanpour” for the past four weeks.
[email protected], you’re not only one of the best journalists in the business, you’re also one of the toughest.

Wishing you a speedy and healthy recovery in the weeks ahead. No doubt you’ll end up on top.

With months of chemo treatments ahead, Amanpour anticipates anchoring Mondays through Wednesdays for the time being. She also has three weeks of previously-scheduled time off starting at the end of June.
Channeling the feelings of many staffers across the company, CNN Worldwide president Jeff Zucker wished Amanpour a full recovery.
“I want to applaud Christiane Amanpour for her candor, bravery and always working towards the greater good,” he said in a statement. “As a cancer survivor, I too encourage people to listen to their bodies and get all early cancer screenings available to them. From our CNN family, we wish Christiane the very best for a full and speedy recovery.”
Some of Amanpour’s counterparts also shared well-wishes with her on Monday.
“Thank you for being open” about the diagnosis, NBC’s chief foreign affairs correspondent and anchor Andrea Mitchell wrote to Amanpour on Twitter. “It is so important and typical of how strong and brave you’ve always been. Courage and honesty is your trademark. You will beat this too.”