Ondo State Governor, Rotimi Akeredolu, SAN, on Wednesday declared that he will never depart the path of righteousness and justice as he advances in age.

The Governor, who disclosed that he has always kept the path of Justice, vowed to continue to wax stronger on it.

Governor Akeredolu spoke during a Holy Communion Service to mark his 65th birthday at the Chapel of the Epiphany located at the Governor’s residence, GRA, Owo. 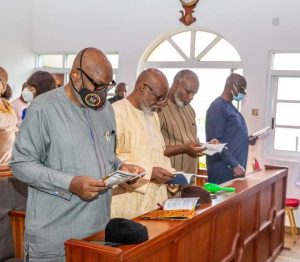 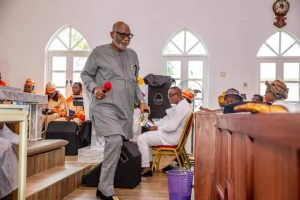 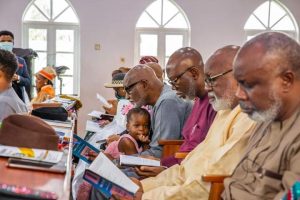 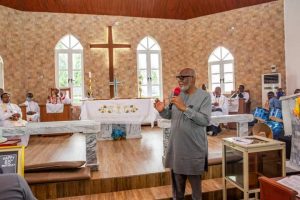 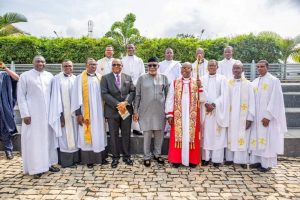 Mr. Akeredolu, who testified to the unfailing love of God upon his life, said the Almighty has continually demonstrated his kindness towards him.

The Holy Communion Service hosted by the Diocese of Owo, Anglican Communion, was attended by Governor Akeredolu’s family members, friends and political and professional associates within and outside government.

In his sermon, the Bishop of the Diocese, Rt. Revd. Stephen Fagbemi who noted that Owo Diocese was happy to have Mr. Akeredolu as its Chancellor judging by his unrelenting commitments to the service of God and his people.

Highlights of the Holy Eucharist include Thanksgiving by the celebrant , Cutting of birthday cake presented by the Diocese of Owo and special songs rendered by the Government House Choir.