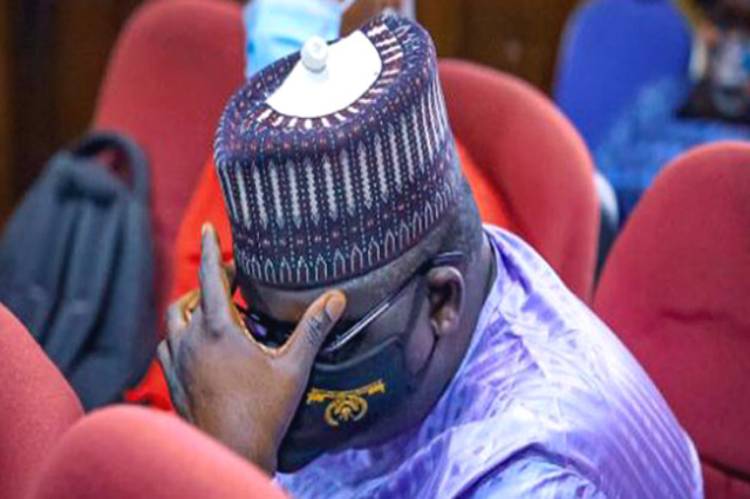 Former Chairman of the defunct Pension Reform Task Team, Abdulrasheed Maina has opened his defense in the alleged N2billion money laundering charges against him.

At the resumed sitting counsel to Abdulrasheed Maina through an application prayed the court to grant the defendant bail on grounds of deteriorating health.

He assured the court that his client has sworn an undertaking dismissing any likelihood of jumping bail.

Opposing the application for bail, Counsel to the EFCC argued that the bail application by the defendant on account of Ill health may afford him another opportunity to jump bail.

He noted that the defendants condition is not life threatening to warrant him been flown aboard for medical treatment.

The defendant is entitled to a medical practitioner but can not chose the medical facility, the high blood pressure suffered by the defendant is as a result of mismanagement on his part.

He requires the attention of a specialist to attend to his condition once every month which the EFCC will provide while the defendant remains the custody.

Trial judge Justice Okon Abang held that there is no time limit to respond to a bail application, the prosecution will file and serve his response on or before 22nd February.

Matter adjourned to 24 and 25th for hearing of motion and ruling.