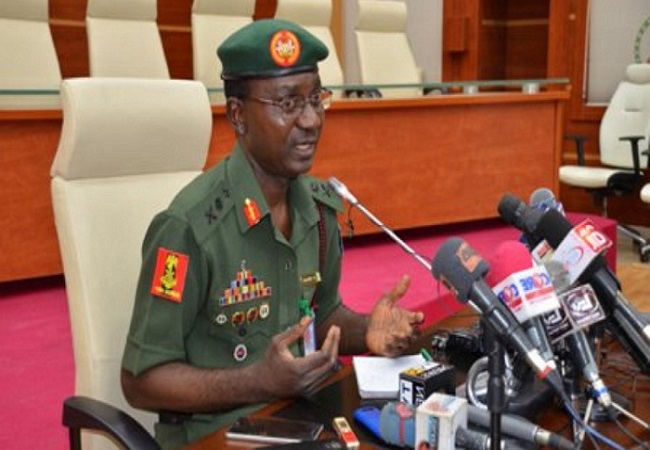 
The Defence Headquarters (DHQ), on Thursday, disclosed that the Military Troops and other Security Forces have killed several bandits and arrested 16 criminal elements while 12 kidnapped victims were also rescued within the new year

The Coordinator, Defence Media Operations, DMO, Major-General John Enenche, stated in Abuja while briefing Defence Correspondents on the activities of the Military and other Security Forces in the various theatre operations going in the six geo-political zones targeted at ending insurgency activities.

General Eneche who spoke on the successes recorded by the troops within December 31, 2020, to January 6, this year disclosed that the gallant troops also recovered a large cache of arms and ammunition from the criminal elements and well destroyed some illegal refineries in the South-South part of the country and recovered over 600,000 of stolen crude from criminals operating in the zone.

The DMO Coordinator further explained that the gallant troops within the period under review, have intensified operations on aggressive clearance patrols, rescue operations ambushes and aerial patrols that led to the rescue of abducted persons, killing of bandits and other criminals group and the recovery of arms and ammunition.

According to him, “the Armed Forces of Nigeria and other security agencies have continued their major operations across the country with renewed vigour.

“Troops of Operation HADARIN DAJI and other subsidiary operations have sustained their operations in the North-West Zone of the country progressively.

“The gallant troops within the period carried out several operations including rescue operations as well as clearance, ambushes and aerial patrols. These operations led to the rescue of abducted persons, neutralisation of criminal elements and recovery of arms and ammunition.

“Within the period in focus, troops of Operation HADARIN DAJI while on routine patrol around Gidan Dan Nunu and Dutsi villages of Zurmi Local Government Area of Zamfara State made contact with bandits. In the course of the encounter, the gallant troops rescued 7 kidnapped victims.”

According to him, in a related development, troops of Operation ACCORD rescued 3 kidnapped victims on New Year day following credible intelligence that armed bandits stormed Tungar Ruwa village in Anka Local Government Area of Zamfara State.

He further explained that; “In the same vein, troops of Operation SAHEL SANITY on 2 January 2021, based on credible intelligence neutralized five armed bandits at Garin Garus. Items recovered include, two AK 47 rifles, two magazines and 18 rounds of 7.62mm Special ammunition. Troops have continued to dominate the North-West theatre of operation with aggressive fighting and aerial patrols to deny the criminal elements freedom of action.”

From the North East Zone, Gen Eneche said that the “Troops of the Armed Forces of Nigeria and other security agencies have not relented in their efforts to decimate the BHT/ISWAP elements operating in the North-East zone of the country.”

According to him, “Between 31 December 2020 and 6 January 2021, troops of Operation LAFIYA DOLE sustained their ground and air operations by adopting continuous vigilance and offensive postures.

“Within the period in focus, the Air Task Force of Operation LAFIYA DOLE neutralised several ISWAP terrorist elements and destroyed their structures alongside some logistics items in air strikes conducted at Tumbun Gini general area of Borno State.

“This was achieved after series of aerial surveillance missions indicated that the structures and logistics items, camouflaged under dense vegetation were used as a staging area for the criminals and their leaders to meet, from where they plan and launch attacks on troops and civilians.

“Similarly, on 1 January 2021, the Air Task Force destroyed new BHT’s settlement and neutralised some of their fighters at Mana Waji in Borno State. In another development on 2 January 2021, the Air Task Force took out some BHT criminal elements’ hideouts and eliminated some of their fighters during airstrikes at Kote Kura and Bulama Isamari within the Timbuktu Triangle in Borno State.

“The airstrikes were executed based on credible intelligence report indicating that the terrorists had established camps at the 2 settlements, where they stored their logistics items as well as plan and launch attacks on civilians and troops. Subsequently, series of air patrols and Intelligence Surveillance Reconnaissance missions, as well as air cover for surface troops, have been continuously conducted across the Zone.”

The DMO Coordinator further explained that “in the North-Central zone, troops of the Armed Forces of Nigeria have continued to intensify ongoing kinetic operations to decisively stamp out armed banditry and other criminalities. Notably, on 31 December 2020, troops of Operation SAFE HAVEN, in collaboration with personnel of the Department of State Services (DSS), arrested three suspected gun runners Yahaya Aliyu, Maiwada Idris and Ishaq Mohammed at Kafanchan in Jema’a Local Government Area of Kaduna State and the suspects were handed over to the DSS for further investigation.”

According to him, “Similarly, on 2 January 2021, troops of Operation SAFE HAVEN, in collaboration with the DSS, arrested a suspected member of a notorious kidnap gang, one Suleiman Tanko.

“The suspect was picked up at a clinic at Ungwan Carpenter village in Jema’a Local Government Area of Kaduna State where he was receiving treatment for gunshot wounds sustained during a recent kidnap operation foiled by troops. Tanko’s arrest was followed by the arrest of another wanted kidnap kingpin, one Mallam Abdulmuminu Nuhu at Four villages in Jos East Local Government Area of Plateau State on 3 January 2021.

“Two other suspects, Messrs Mathew Peter (the prime suspect) and Dakachi Yohanna Chawei were arrested in connection with the murder, on 4 January 2021. All suspects are presently undergoing preliminary investigation.”

On the activities of the Troops in the South-South zone, Gen Eneche stated that “the gallant Troops of Operation DELTA SAFE have continued with the aggressive fight against economic sabotage in the zone progressively.

According to him, “Within the period under review, acting on credible intelligence, Nigerian Navy Ship DELTA Patrol team located a wooden boat laden with about 200,000 litres of product suspected to be crude oil. Accordingly, the boats along with the product were handled appropriately.

“The patrol team proceeded further within the same community and located another illegal refinery site with 15 storage tanks and eight ovens laden with substance suspected to be illegally refined AGO estimated to be about 250,000 litres.”

He disclosed that the Military High Command encouraged the troops and personnel of other security agencies to remain resolute and to sustain the tempo in all the Joint Operations Areas while it also reassured the general public of its untiring dedication towards securing the country.

He also urged the members of the general public to continue to provide timely information on the activities of criminals in their various localities to the military and other security agencies for prompt and effective action. 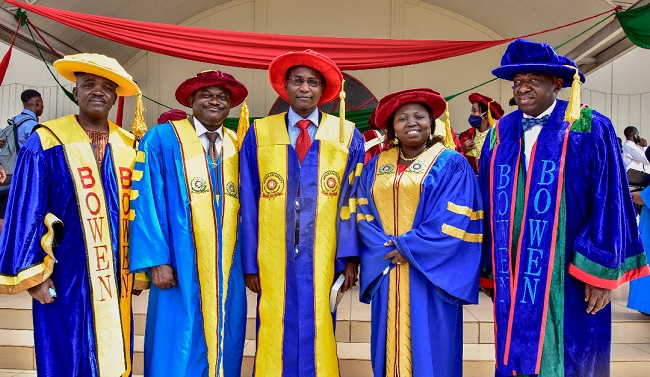 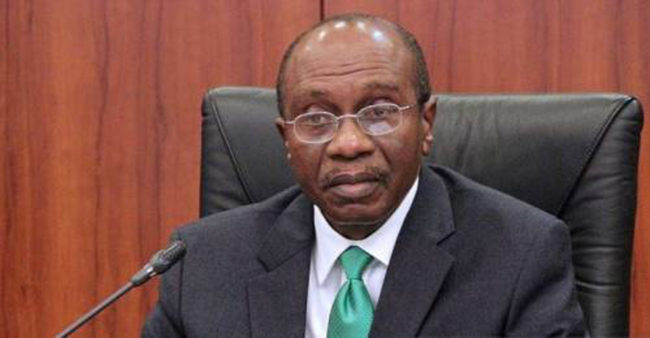 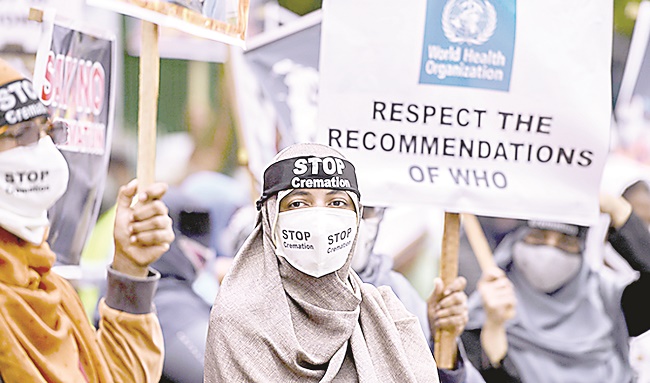 COVID-19 and forced cremation of Muslims in Sri Lanka 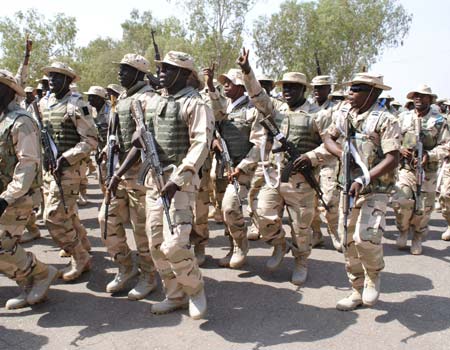 Tribute to all security operatives 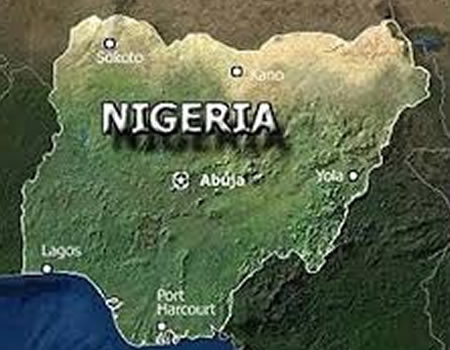 Is Nigeria unserious about education?

COVID-19 Vaccine: We Are Expecting Final Confirmation From Covax – NPHCDA