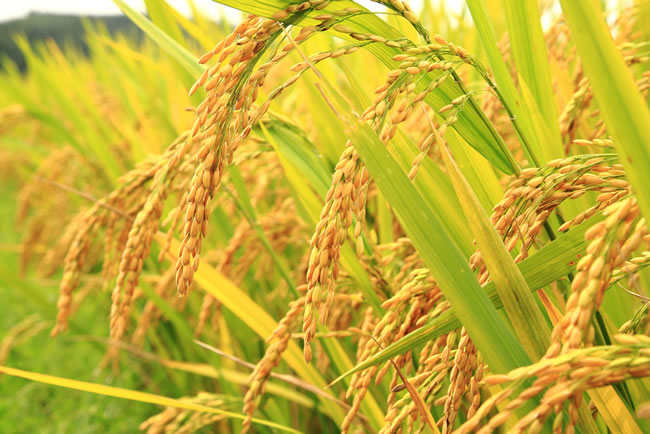 The Lagos State Government has said that the unavailability of Lake Rice across markets in the state is due to the COVID-19 pandemic and the flooding incident that ruined thousands of hectares of rice farms in Kebbi.

Commissioner for Agriculture, Ms. Abisola Olusanya disclosed this at a ministerial press briefing in commemoration of the second anniversary of the state government.

She assured that Lake Rice will soon return to the shelves of traders as Lagos continues to source for alternative means to beat down the prices of competing grains from the borders.

“Lake Rice is still in existence. COVID-19 and flooding in the key producing state affected production and supply of paddy,” she said.

Lake Rice is an output of a collaboration between the Lagos and Kebbi government in 2016.

Since then, Kebbi has constantly supplied the rice to Lagos, especially during festive seasons but was halted last year due to the pandemic that held the country bound.

Speaking as regards the partnership, the commissioner noted that the agreement is still fully in place, adding that the completion of the Imota mill will bring about in shift in supply from milled rice to paddy.

“The Kebbi state agreement was to be able to have access to rice and it is still very much in place and part of the agreement is that if Lagos set up its mill the contract will shift from receiving processed rice to receiving paddy.

“Lagos sees value in rice production to be able to beat down prices of competing rice coming through our borders while kebbi see value in having an off-taker for its rice and to grow their economy especially in rice-growing areas,” she said.

Olusanya revealed that subsidising lake rice for Lagosians comes at a huge taxpayers’ cost, noting that the state would not want to continue the trend at the expense of the private sector participants.

“You have to try and find a balance between ensuring that private sector players can flourish as well as be able to provide jobs for the citizenry. There has to be that balance also at play.

“If market forces are still able to fill the gap, then the government will sit back and allow the private sector to fill in the demand required,” she added.

The commissioner speaking as regards the Imota rice mill said the state estimated a budget of N25 million for the construction but has spent over N20 billion so far.

Olusanya said, “From inception till date we have spent N20billion and what was slated was estimated N25millionon the Imota rice mill.

“But looking at the timeline and the exchange rate, the cost of putting up that mill has gone up but this is what is spent so far.”

In spite of the huge investment in the water sector by the government and international organisations, water scarcity has grown to become a perennial nightmare for residents of Abeokuta, the Ogun State capital. This report x-rays the lives and experiences of residents in getting clean, potable and affordable water amidst the surge of COVID-19 cases in the state…

The Lagos-Ibadan railway was inaugurated recently for a full paid operation by the Nigerian Railway Corporation after about a year of free test-run. Our reporter joined the train to and fro Lagos from Ibadan and tells his experience in this report…

[ICYMI] Lekki Shootings: Why We Lied About Our Presence — General Taiwo

The Lagos State Judicial Panel of Inquiry probing the killings at Lekki Toll Gate, on Saturday resumed viewing of the 24hrs footage of the October 20, 2020 shooting of #EndSARS protesters by personnel of the Nigerian Army…

ICYMI: How We Carried Out The 1993 Nigerian Airways Hijack —Ogunderu

On Monday, October 25, 1993, in the heat of June 12 annulment agitations, four Nigerian youngsters, Richard Ajibola Ogunderu, Kabir Adenuga, Benneth Oluwadaisi and Kenny Razak-Lawal, did the unthinkable! They hijacked an Abuja-bound aircraft, the Nigerian Airways airbus A310, and diverted it to Niger Republic. How did they so it? Excerpts…

Sahabi Danladi Mahuta, a community mobiliser and APC chieftain. Mahuta spoke to select journalists at the sidelines of an Islamic conference in Abuja recently. Excerpts…