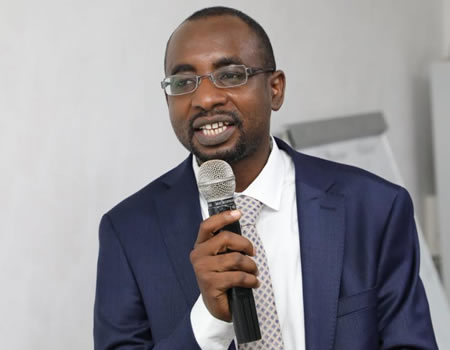 
The Director-General of the National Information Technology Development Agency (NITDA), Mallam Kashifu Abdullahi has said that the Lagos State startups ecosystem is the largest in Africa, valued at $2 billion.

The DG said the state which has over 400 startups in Lagos state could emerge as the African digital economy hub if enabling environment is created.

The NITDA DG disclosed this when he led his management staff on a courtesy visit to the Governor of Lagos Mr Babajide Sanwo-Olu at the State’s Government House in Ikeja.

He said that various initiatives of the Agency have helped the state and its residents to generate several billion because the state hosts 90 per cent of indigenous software developers, ICT hardware manufacturers and consultancy service providers.

“I can proudly say that Lagos state benefits the most from the data protection regulation in terms of compliance and revenue generation.

“It would be amazing to know that out of the estimated N5.2 billion revenue generated by the Data Protection Compliance Organisations, Lagos based DPCO has captured over 4.5 billion naira representing over 86 per cent of total revenue generated in the data protection industry,” he said.

Abdullahi charged the Lagos state government to align its Information Technology programmes to NITDA’s recently unveiled Strategic Road Map and Action Plan, 2021-2024 because of the enormous potentials inherent in it.

He disclosed that the 2021-2024 Strategic Roadmap and Action Plans is positioned on seven pedestals that can help to unlock the digital economy potentials of the state.

He said, “Our Strategic Roadmap and Action Plans 2021-2024 was carefully crafted to unleash your (Lagos state) digital capability. The plan is anchored on seven pillars that can be a source of inspiration for you to invest more in making Lagos the centre of digital excellence.”

On his part, Governor Sanwo-Olu commended the National Information Technology Development Agency (NITDA) for the revolutionary work being done to develop the digital economy.

He said, “I know NITDA and what NITDA has been doing, you have some intellectually driven people and I urge you to ensure that we create an ecosystem where businesses and processes are enduring to stand the test of time.”

Sanwo-Olu said he believes that NITDA is helping to achieve this, adding that, NITDA is here to support both the public and private sector to grow, to rewrite the narratives to rid off lack of trust, truth and sincerity in the country.

The Governor also reeled out some smart projects the state is embarking on for it to leapfrog from three industrial revolutions into the fourth.

He also identified the proposed building of the biggest Technology Hub in Yaba, the establishment of Science, Research Innovation Council in Lagos, the Unified Fibre Duct project, the N250 million grant given to Startups in 2020, the free WiFi for public schools and institutions among many projects.

How delay of PIB hurts Nigeria

I am still in the race with Soludo, others, Chukwuma Umeorji tells supporters