Popular Nigerians are calling for nationwide protests after the Inspector-General of Police, Mohammed Adamu, stopped officers attached to the Special Anti-Robbery Squad and other tactical squads from routine patrol as well as stop-and-search.

The ban follows public outcry over extra-judicial killings of young people in the country by officers, who label them as criminals without following due process.

Some Nigerians on Twitter, however, insisted that the ban was a ruse by the Nigeria Police Force to quell public outrage, which escalated on Sunday.

Folarin Falana, popular musician and son of rights lawyer, Femi Falana, declared in a series of tweets that he was ready to protest in the streets until the killings end. 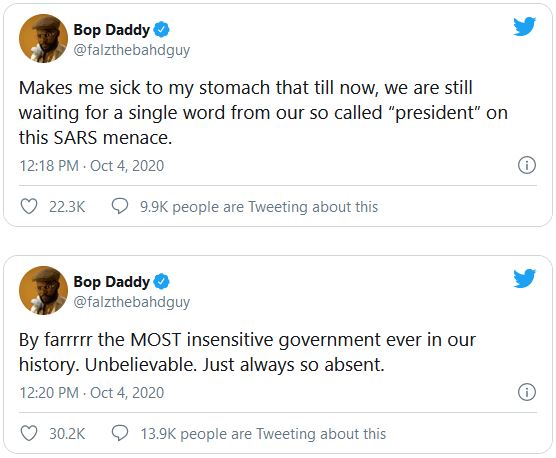 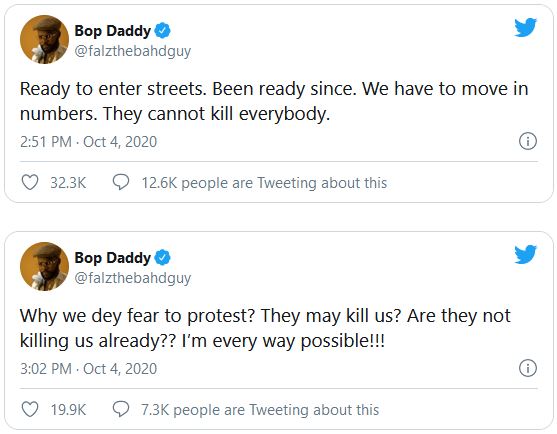 Fellow musician Runtown called on Nigerians to converge at the Lekki Toll Gate on Thursday, October 8 to protest police brutality. 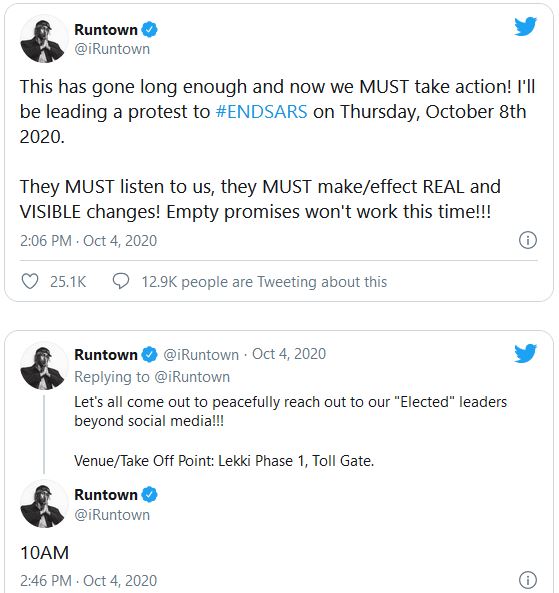