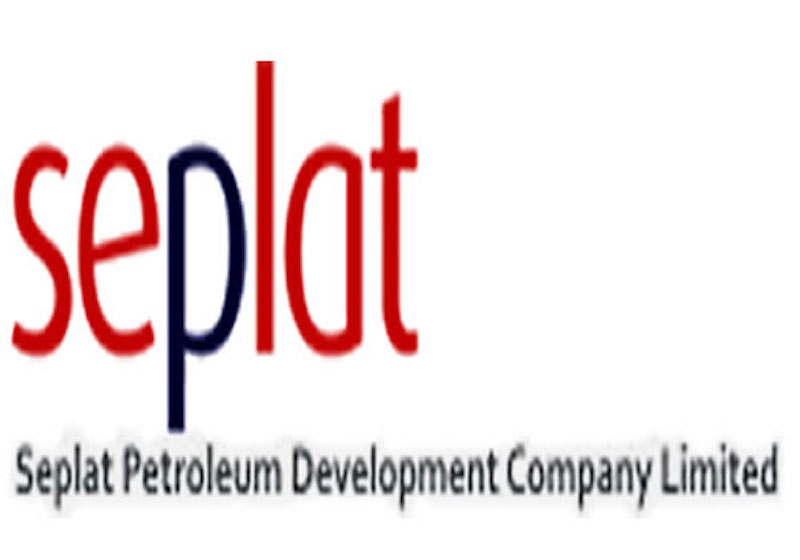 Ogunba has, however, denied any wrongdoing, alleging a plot by Seplat to blackmail him.
Seplat move comes barely three years after the LPPC stripped Ogunba of SAN rank sequel to Honeywell Group’s petition accusing him of gross misconducts, including the “institution of multiplicity of proceedings before different judges of the Federal High Court on the same subject with the deliberate aim of abusing the process of court and derailing the course of Justice.”

The sanction was, however, lifted on 20th September 2018 with a proviso that the learned silk should be of good and honourable conduct going forward.

But in the new petitions, Seplat, a leading independent indigenous oil and gas exploration and development company, accused Ogunba of instructing the invasion of No. 16A Temple Road, Ikoyi Lagos, housing its corporate offices, a rented property which also housed Samsung Heavy Industries Nigeria Limited, African Finance Corporation, and Arise Television.
It urged the LPPC to “immediately commence disciplinary action against Mr. Adekunle Babatunde Ogunba, SAN” over steps and actions it considered “unbecoming of a legal practitioner of his standing and constitute a danger of bringing disrepute to the legal profession, which is held so dear”

Seplat alleged that having locked up its corporate office in a commando style, “the agents of Adekunle Ogunba served certain court processes on Seplat containing an Originating Summons, a Motion on Notice and interim ex parte Order in suit No FHC/L/CS/1588/2020”.

The suit is in respect of a loan obtained by Cardinal Drillings Services Limited from Diamond Bank (now Access Bank), which has fallen due and in respect of which Access Bank appointed the law firm of Kunle Ogunba & Associates Receiver/Manager, pursuant to a Deed of Debenture executed between Access bank and Cardinal Drilling.
Seplat also accused Ogunba of obtaining the said ex parte orders with “patently false” claims.

In the court processes filed by Kunle Ogunba & Associates, a counsel in the chamber deposed: ”The 1st Defendant (Seplat) employed the 2nd Defendant (Cardinal Drilling Services Limited) as a veritable ‘vehicle’, ‘smokescreen’ and/or ‘shell company’ for obtainment of the facilities from the Plaintiff (Access Bank PLC), in furtherance of the purchase of drilling rigs for the ‘sole benefit and utilisation’ of the 1st Defendant, which outstanding indebtedness the 1st Defendant has refused to liquidate.

“The 1st Defendant is ‘sister company’ to the 2nd Defendant, jointly promoted by the 3rd Defendant (Seplat Chairman, Dr. A.B.C Orjiako) who is the alter ego of the 1st and 2nd Defendants”.
But Seplat has accused Ogunba of deliberately misleading the court and failure to adduce any documents to support the claims.

“Furthermore, the loan and security agreement exhibited by Adekunle Ogunba do not show that Seplat was part of this banking relationship or loan arrangement or received any part of the proceeds disbursed by Access Bank to Cardinal Drilling”, Seplat stated
“The loan was secured by deeds of fixed debenture over Cardinal Drilling’s assets”.

“Seplat is not party to the Loan Agreement or the Debenture and did not provide any guidelines, guarantees, commitments or indemnities on behalf of Cardinal or otherwise in connection with the loan”, Seplat affirms.

The company further stated: “The Cardinal rigs were used to provide services to Seplat and other exploration and production companies, such as Nigerian Petroleum Development Company Ltd (a subsidiary of the NNPC) and Summit Oil.

“Orjiako is the Chairman of Seplat and is neither a party to any of the loan agreements or the Deed of Debenture between Access Bank and Cardinal Drilling nor did he make any personal guarantee or commitments in respect thereof”.
Seplat, therefore, maintained that as a senior lawyer and experienced receiver, Adekunle Ogunba knew or ought to have known that: “Only a person who directly obtained a loan facility or party who guaranteed such a loan facility in writing is liable to a lender for such debt.
“Only a party to a debt that is liable for a bank debt in law or in equity can be sued in the court of law.

“It is only in respect of a party who is directly liable for a debt that an injunctive relief may be requested or granted against its assets.”

The firm consequently accused Ogunba of gross misconduct and unethical practices, including filing “a knowingly baseless action against Seplat as the First Respondent in contravention of long settled legal principles, in order to harass Seplat, cause embarrassment to Seplat and damage its reputation and goodwill” as well as disrupt its businesses contrary to the Rules of Professional Conduct 2007.
The company further noted that fallouts of Ogunba’s alleged misconducts could worsen foreign direct investors confidence in Nigeria.

“We are faced with mounting unrest from the international investment community, who are asking whether Adekunle Ogunba has set new precedent under Nigerian law in relation to debt recovery and how it could potentially expose foreign direct investors in Nigeria to rogue acts of debt recovery, whereby an unrelated debt is forcefully and suddenly attached against a non-debtor over and above the rights of other actual and senior creditors.

“Certainly, these questions do not help efforts to overcome the in-country risks and legal frameworks uncertainties that international investors often attach to investments in Nigeria and its companies”, Seplat stated.
However, Ogunba has alleged an attempt by Seplat to intimidate him.

In an SMS response he sent to our correspondent, the senior lawyer said
“It is obvious that the petition (if any) is an attempt to blackmail me and avoid the payment of huge indebtedness of Seplat to Access Bank Plc and nothing more.

“Seplat is better advised to take steps to liquidate its debt rather than attempt to intimidate me, a lawyer merely doing my duties as such. Once again, I reiterate the fact that the petition has not been formally brought to my attention for a formal reaction.

“It is stock in trade of these huge debtors to peddle petitions all around in a bid to avoid the payment of their debts. I was not there when they borrowed the funds and they have obviously targeted my person for the nuisance value rather (than) take steps to liquidate the debt.

“This particular debt was part of the huge debt overhang that sunk the defunct Diamond Bank and they don’t mind if Access Bank goes under for their sake too”, he told our correspondent.

Meanwhile, the Lagos Division of the Court of Appeal where Seplat is currently challenging the orders against it had on Friday ordered the unsealing of Seplat’s corporate offices pending the determination of the appeal.
In a unanimous ruling on Seplat’s Motion on Notice, read by Justice Joseph Ikyegh, the appellate court also suspended the order stopping banks from fulfilling their obligations to Seplat under banks-customers relationship. 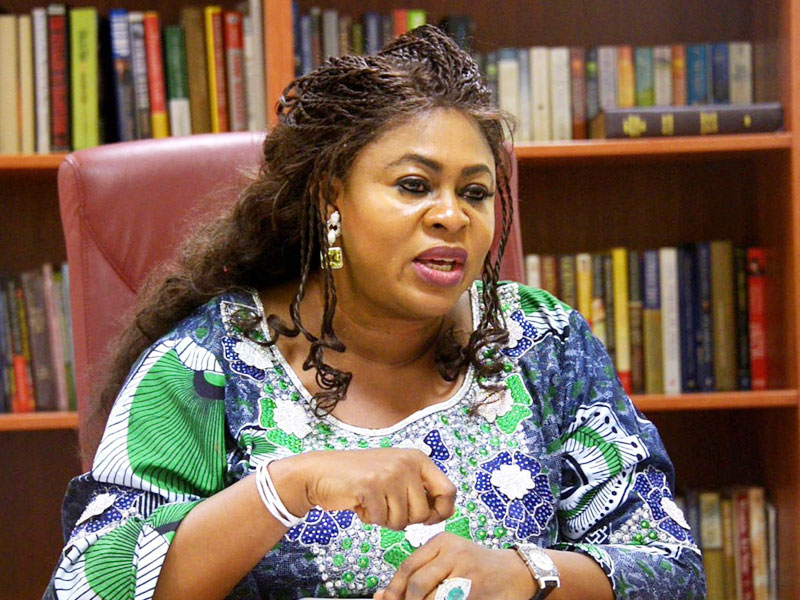 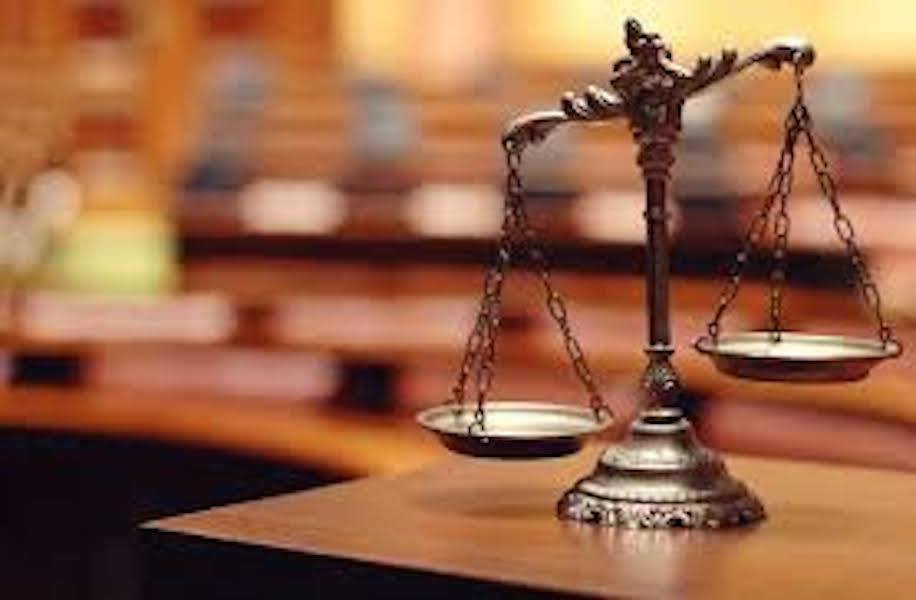 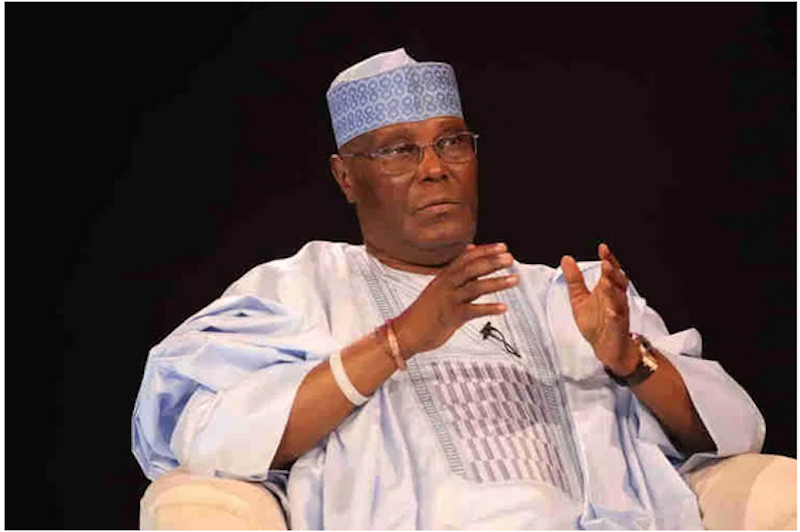 Again, Atiku Calls for Privatisation of Refineries, Other Assets

Tiger Woods Said To Be In ‘Good Spirits’ As He Continues...

See Photos Of Mya Yafai, The Beautiful Model Rumoured To Be...

We are doing wonderful job to rescue abducted Zamfara schoolgirls –...