He is just 10 but Nigerian Yusuf Babangida Aliyu is already turning the eyes as a  sensation with Berliner AK 07 in the  German Regionalliga Nordost  in the states of Berlin.

Born 4 April 2010 in Berlin, Yusuf  holds dual citizenship  as a Nigerian-German;  and was actually born into a footballing family  with his father and uncle  (Aminu Aliyu)  being  former players.

Now a staff at the Nigeria Embassy in Germany, Yusuf’s dad star for Sardauna Memorial College Kaduna and later represented the state’s  Academicals.

Even as a student, he was so good  to be enlisted for  Kaduna-based sides Flying Bees and later Kawo United FC en route to playing for  the great  Ranchers Bees Football Club  of Kaduna. He later moved  to Germany to play for Monchengladbach FC 1 and Magdeburg and Adendorf . 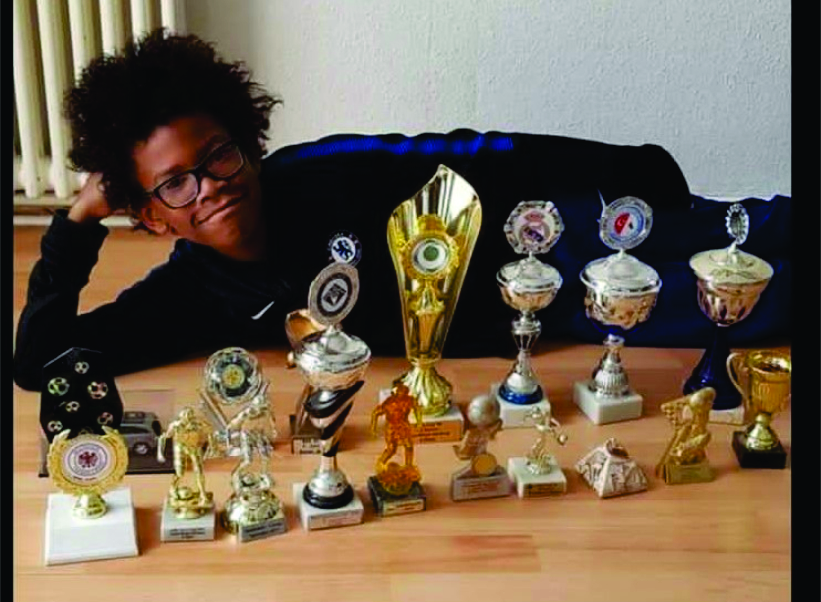 “ Actually, Yusuf’s talent as a young footballer did not come to me as a surprise,” the senior Aliyu told THE NATION.“ I  played football myself  and the area I grew up in Kaduna is known for producing  good football talents ; this is reflected in Yusuf because he’s so talented even at his age.”

The Younger  Aliyu  is comfortable playing  in the defensive  or attacking role  and has done elegantly well with Berliner AK 07 where he has won a clutches of awards in different competitions.

Yet his dad the youngster is seemingly enjoying both worlds as footballer even as he focuses his attention squarely on his football too: “Apart from football, Yusuf is also doing well in the in the area of education too.

“He is also doing well in his football academy with Berliner AK 07 and we are not going to force him to choose any career; we are not in a rush due and we just need to respect the status that guides football.”

Equally impressed with the youngster fledging football career is his mother, Juliet Babangida Aliyu,   who has been part and parcel of his football development.

Nigerian Players Round Up – The Nation Nigeria News

Why most Nigerian immigrants have problems with authorities in England