Home THE NATION FG frets about sovereignty | The Nation
Do You Need Accurate Daily Football Prediction and Tips? – Click Here

After taking careful measure of the state of Nigeria’s foreign policy and image, Minister of Information and Culture, Lai Mohammed, came to a spirited conclusion, which he delivered with some vim at a New Year media briefing on the achievements of the government in 2020. Without a doubt he was trying to talk tough, but the success of any tough talking relies extensively on the strength of arguments giving spine to the talk. This was where the minister ventured into the valley of the shadow of cavalierness. In a word, he argued back and forth, concluding that Nigeria’s very sovereignty was at stake and the government would not sit around to condone that rot.

Among other things, he declaimed as follows: “Let me say straight away that Nigeria is fending off attacks on many fronts, not just from terrorists and bandits, but also from some human rights organizations and the International Criminal Court (ICC) which seem to have colluded to exacerbate the challenges facing the country in the area of security. While our security agencies continue to battle these bandits and terrorists, the ICC and some international human rights organizations, especially Amnesty International, have constituted themselves to another ‘fighting force’ against Nigeria, constantly harassing our security forces and threatening them with investigation and possible prosecution over alleged crimes against humanity and war crimes…It beggars belief to see that a nation that is fighting an existential war against bandits and terrorists is constantly being held down by an international body which it willingly joined. Nigeria is a sovereign state and will not surrender its sovereignty to any organization. ICC, Amnesty International and their cohorts should desist from threatening our troops and putting the security of our country in jeopardy. Enough is enough.”

The minister may believe that he is right about all of his facts. Indeed, there are those who will argue that he is. However, marshalling those facts into the conclusion that Nigeria was fending off attacks from the ICC is a different ball game. To start with, the minister should learn to differentiate the person from the office. If a person abuses his office and receives flak for this abuse, it does not mean the office is threatened. Contrary to the minister’s belief, the ICC, which has a Nigerian and a widely acclaimed, honourable patriot for its president, Justice Chile Oboe-Osuji, is not attacking the country’s sovereignty. One of the ICC’s purposes is to hear cases on genocides or acts of violence by those in power against their own people. Nigeria willingly joined the ICC, as the minister noted. Nothing in the ICC’s decision to deliberate on an issue that occurred within Nigeria threatens the country’s sovereignty. The body will not make any decisions that affect the independence and sovereignty of Nigeria, but it may make decisions that affect individuals who have abused authority to the detriment of the people.

Moreover, it is not immediately clear how or why the minister believes the ICC is antagonising Nigeria. If the parties to the issues to be deliberated upon are innocent, then they have nothing to fear. The ICC does not directly legislate, save by judicial precedence, but it adjudicates on matters pursuant to extant legal instruments. As such, it is those instruments, which no one can make for Nigeria or force Nigeria to accede to except the country itself, that limit the extents to which defence and security operatives may go in the discharge of their duties.

The minister again interpreted the CNN report on the events of October 20, 2020 as an attack on Nigeria. While many local journalists have criticized the quality of CNN’s report and the body has retired for the moment, unlikely to breathe a word on the issue again, the report does not appear to constitute an attack. It could have been anything, including an attempt at yellow journalism, but it was not an attack on either the Nigerian government or the officials in government. If anyone would lay claim to being attacked by the CNN, it would be the smarting Donald Trump, who for all his goofiness was still able to differentiate an attack on his person from an attack on the country, and even this did not stop him from performing what he believed in his eccentric way was his constitutional duty. The minister may want to reflect on how avoidable the situations were altogether instead of alleging that the country was under attack. 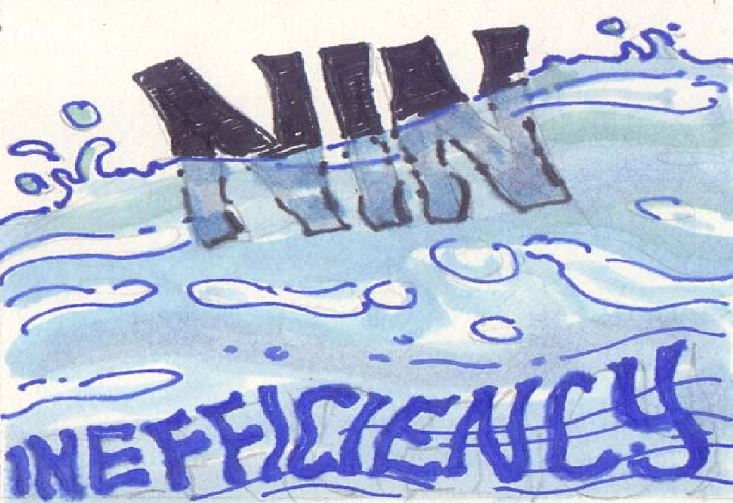 By waking up one morning and asking network users, on threat of disconnection, to link their phone numbers with their National Identification Number (NIN), Minister of Communications and Digital Economy, Isa Ali Pantami, effectively directed the spotlight on an erstwhile obscure drama. For many years, inattention had covered up the monumental rot and farce that was the NIN affair, but the minister’s ill timing and controversial policy blew it into the limelight. In less than 48 hours, staff of the National Identity Management Commission went on strike and suspended it. The minister was not prepared for the drama that followed his policy and it is difficult to tell if he was unaware of the situation before announcing his policy, or if he was aware but deliberately negligent about it.

The rankling theatre commenced shortly after the threatening announcement and heavy backlash saw the government give an extension of six weeks for subscribers without NIN to register. As at last count, over 100 million Nigerians were unregistered. The idea behind the policy is welcome; there must be a database for technology. Unfortunately, every other country is trying desperately to avoid physical gatherings due to the ravaging coronavirus pandemic; not Nigeria. As if to prove the ungodly nature of the timing, when the NIMC workers declared their indefinite strike on January 7, they alleged that their workers were exposed to COVID-19 hazards. Although they demanded payment of their allowance, they were particular about the lack of personal protective equipment.

Although the workers have suspended their strike, the federal government may never be able to explain why it did not deploy the initial foresight to prevent this farce in the first place. This is just one of the many federal missteps which have come to light in recent months after remaining obscure for years. Many have asked why they need to still link their NIN with their phone numbers when they use the same phone numbers to retrieve the NIN in the first place. Some others have asked why there was a cost attached to it only for the government to remove those costs. The government has so far been reactionary rather than anticipatory, a mark of inefficiency. Should there not have been a procedure to streamline the entire affair? Is Nigeria still so digitally backward after trying to take so many steps forward? Unable to continue with plastic cards, they have developed the e-card. More reactions instead of anticipations.

The government has so far not shown it is capable of handling the simple task of getting everyone enrolled in a database with their NIN. If things continue at this pace and with the same level of inefficiency, the government will have to face the embarrassment of about-facing on the NIN registrations. To avoid that, it would do well to put definitive measures in place to address the Cerberus of COVID-19, logistics, and staff welfare, until which time it will continue to falter in the NIN fiasco.

Five Nollywood practitioners who died in the last one month