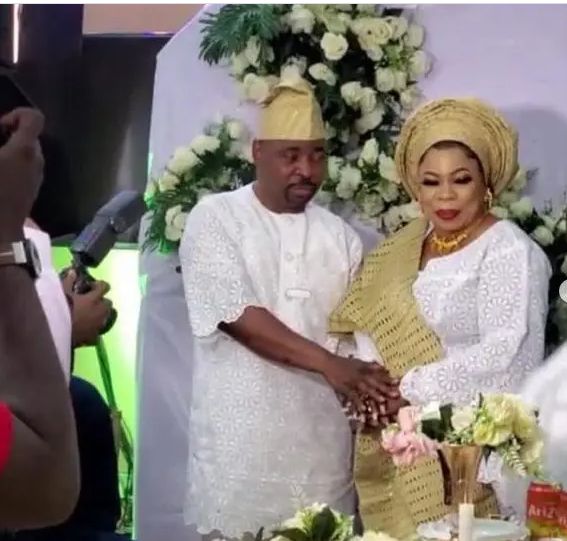 New photos from the wedding of the Chairman Lagos State Chapter of National Union Of Road Transport Workers MC Oluomo to his American-based lover have surfaced online.

The wedding was reportedly held this week in Ebute Metta, Lagos and a video of the event were shared by wedding guests. 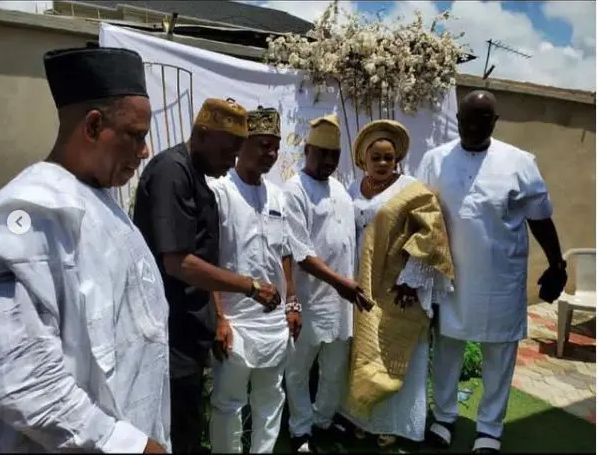 Nigerians took to Twitter to react to news of MC Oluomo’s marriage to a different woman who is Ehi.

In a new post, controversial Instagram blogger, Gistlovers has alleged that MC has been with the American lover for a while, and she’s responsible for the accommodation of MC Olumo’s children in America.

The American lover also allegedly helped the NURTW boss with American citizenship and had divorced her husband, whom she had three children with, but had lied to MC Oluomo that her husband was dead.