The #EndSARS campaign has continued to gain more attention around the World.

Chelsea and England stars of Nigerian descent, Tammy Abraham and Fikayo Tomori together with their teammate, Antonio Rüdiger who plays for the German International team have also added their voices to the ongoing protest in Nigeria over police brutality.

The trio took to their respective Twitter accounts to call for an end of the Special Anti-Robbery Squad (SARS) and police brutality. 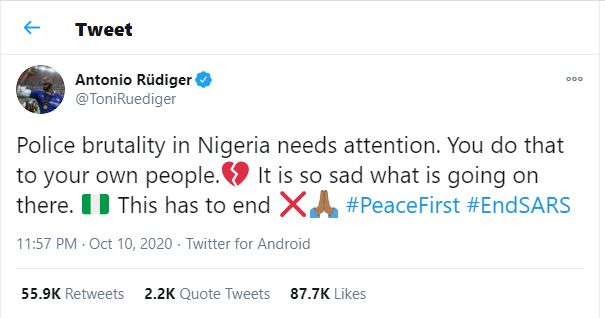