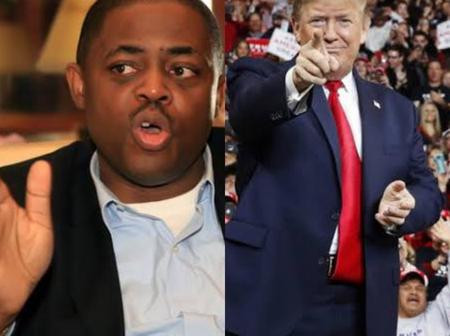 Former Minister of Aviation, Femi Fani-Kayode has reacted to the banning of President Donald Trump on Facebook and Twitter.

The Nigerian politician who is a known supporter of the US President, stated that Nigerians can’t celebrate the banning of President Trump on Facebook and Twitter and at the same time say they are against Buhari’s govt Social Media Bill.

He stated that it is either one is for freedom of speech or not, as they can’t have it both ways.

You cannot celebrate banning @realDonaldTrump on Facebook and Twitter and at the same time say you are against the Social Media Bill that the Buhari Govt. wants to introduce. You are either for freedom of speech or you are not. You cannot have it both ways. Censorship is evil. 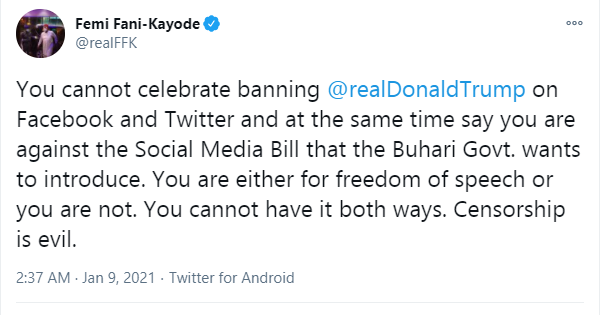 Dr. Dre released from hospital after suffering a brain aneurysm

Cell is not a new thing. I have been there before and I left -James Brown claps back at Bobrisky