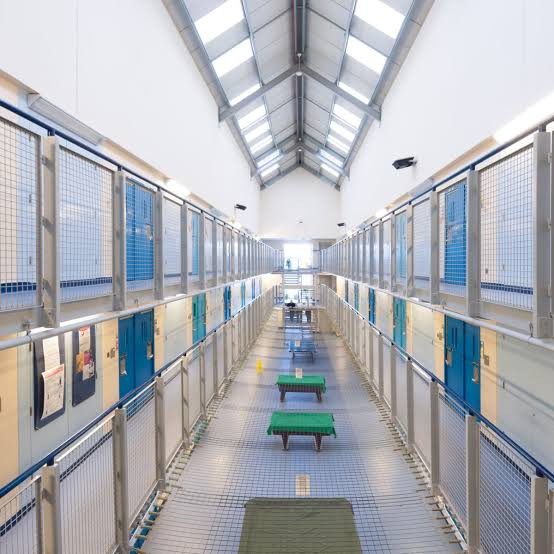 A wanted man gave himself up to police to get away from his housemates during lockdown, an officer has revealed.

The suspect, who was wanted on recall to prison, had become so sick of the people he was living with that he told police he would rather be in jail.

Initially, the man broke off his tag to avoid being found by police and put back in jail but he soon got tired of being in the outside world yet locked up at home.

He soon rang police to say he wanted some “peace and quiet” in jail.

He then handed himself in at a West Sussex police station on Wednesday afternoon, Feb 17.

Inspector Darren Taylor explained: “(The man) rang us and said he was going to hand himself in a Burgess Hill police station and that he had broken his tag off.

“He would rather go back to prison then have to spend more time with the people he was living with.”

The Mid Sussex Neighbourhood Policing Inspector also tweeted a GIF of a minion from Despicable Me saying “help me”.

Mr Taylor added: “One in custody and heading back to prison to serve some further time on his own.” 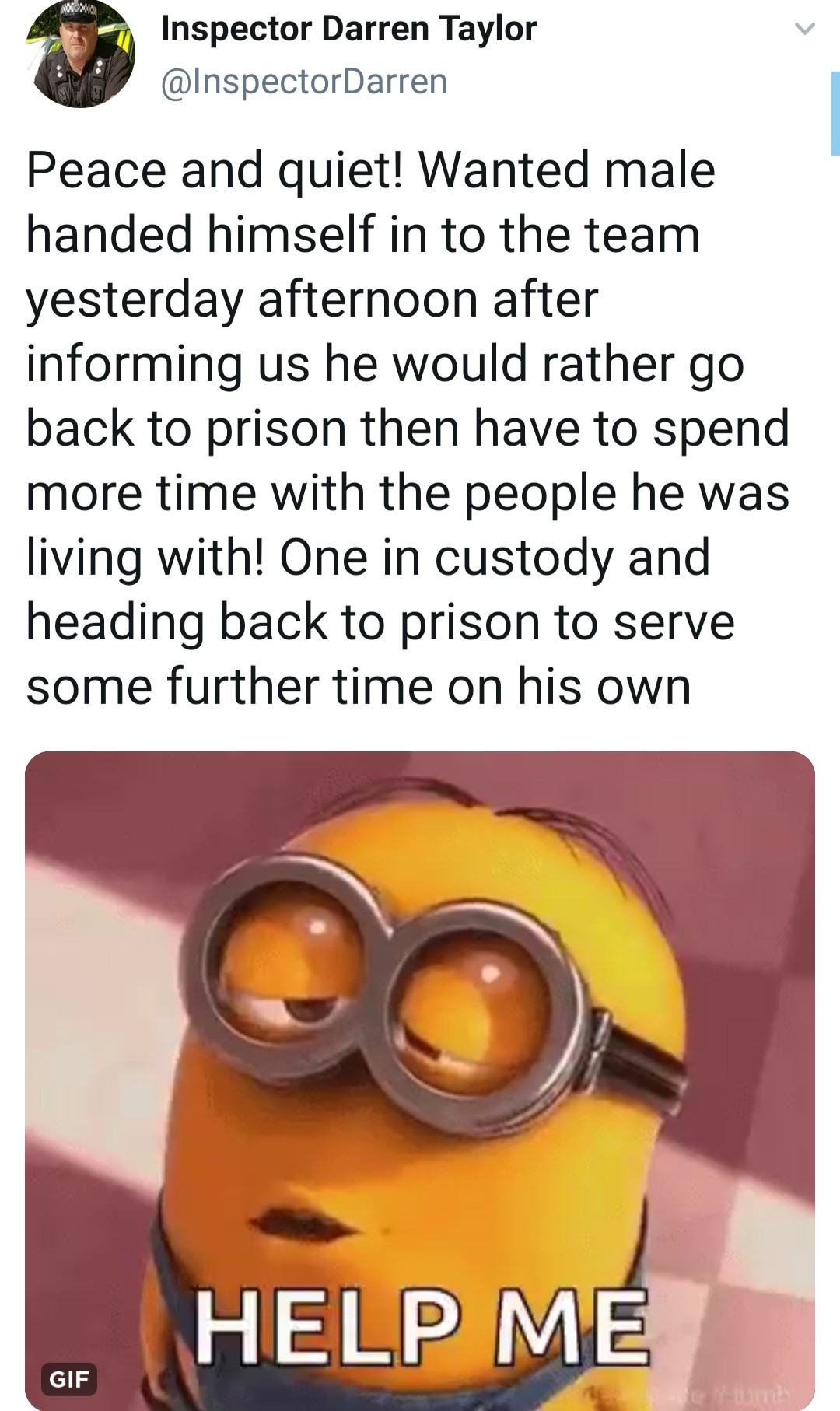 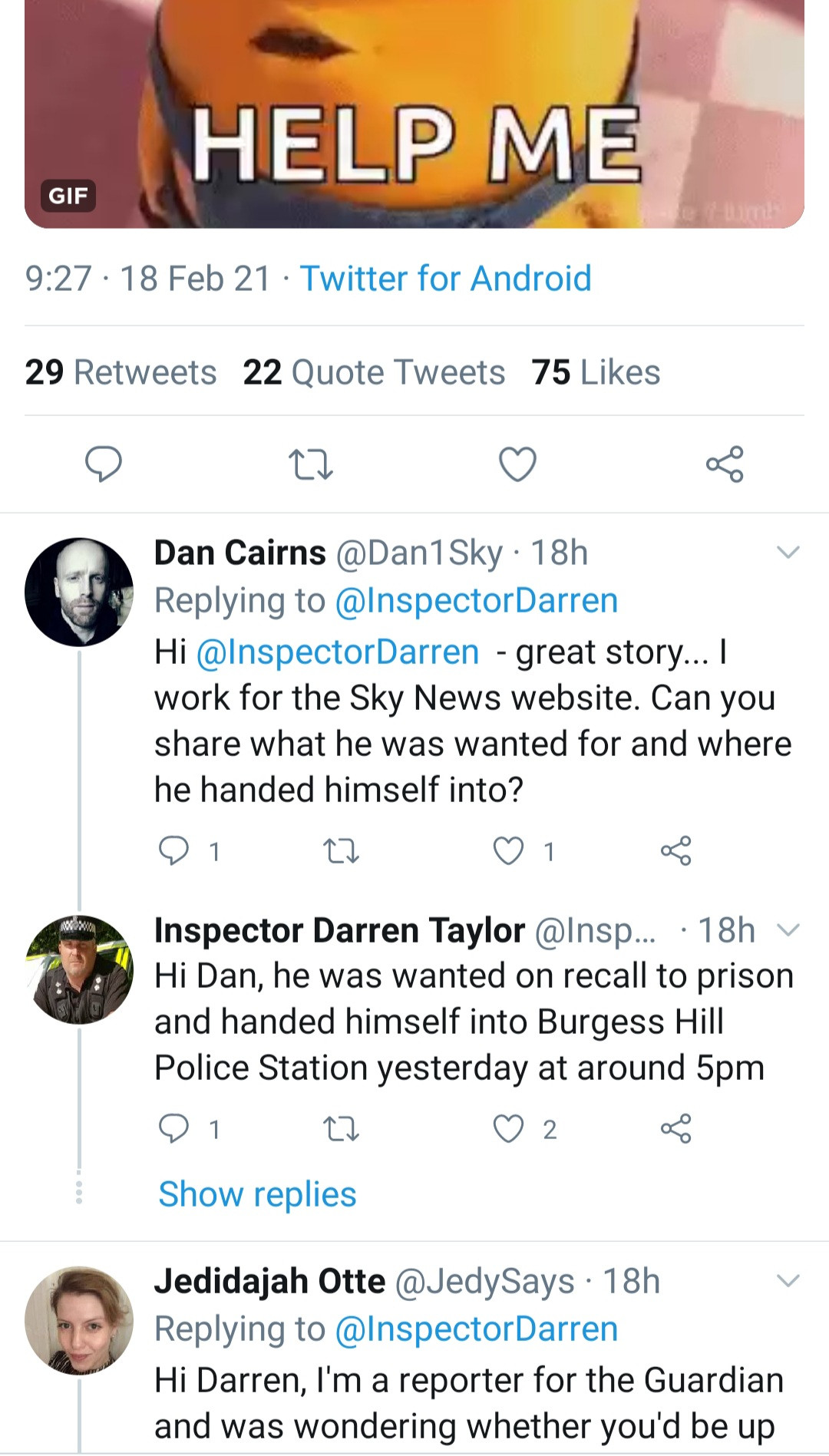 Chairman of the EFCC and EFCC are supposed to be independent, but the AGF who is a politician will always interfere