Home LINDAIKEJI Video of Desmond Elliot calling on the speaker of the Lagos state...
Do You Need Accurate Daily Football Prediction and Tips? – Click Here 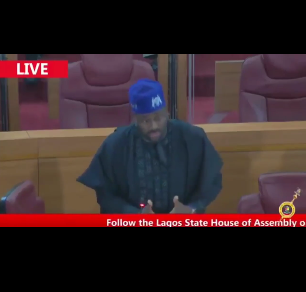 A video of Desmond Elliot calling on the speaker of the House of Assembly to act urgently about social media has been made public.

Days ago, social media influencer, Dr Olufunmilayo had stated that the Lagos State House of Assembly “is developing a bill to regulate and control speech on social media” and that Desmond Elliot “is said to be one of those pushing it”.

A video of Desmond’s statement at the House of Assembly has now been made public and it shows him calling on the speaker to do something about social media else Nigeria will not exist in 5 years.

He expressed concerns about the way Nigerian youths curse on social media.

The actor turned politician said: “When I went through the comment, I could not believe it Mr Speaker. The curses, the abuses from children. And I ask myself ‘Is this Nigeria? What is going on?’ Children cursing?”

He continued: “Mr Speaker, in the next five years, Nigerian is gone if we don’t start now.”

Zoning should be respected in 2023 — Amaechi