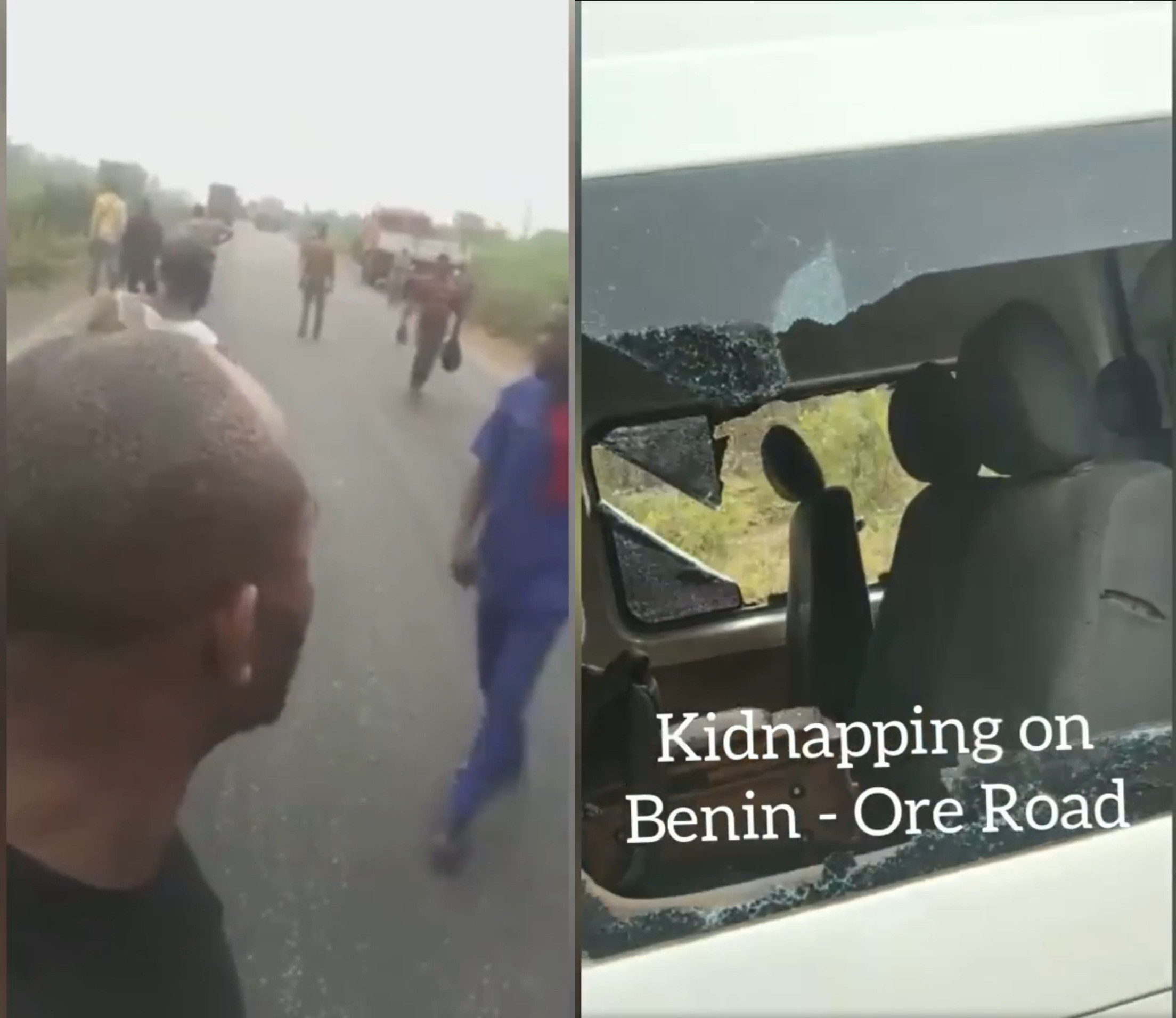 An empty bus with the doors open wide was found in the middle of the expressway along Benin-Ore Road.

According to locals, the occupants of the bus were attacked and kidnapped, leaving behind the vehicle and luggage of the victims.

Footage shows that the windows of the bus were broken during the alleged attack on the travellers. 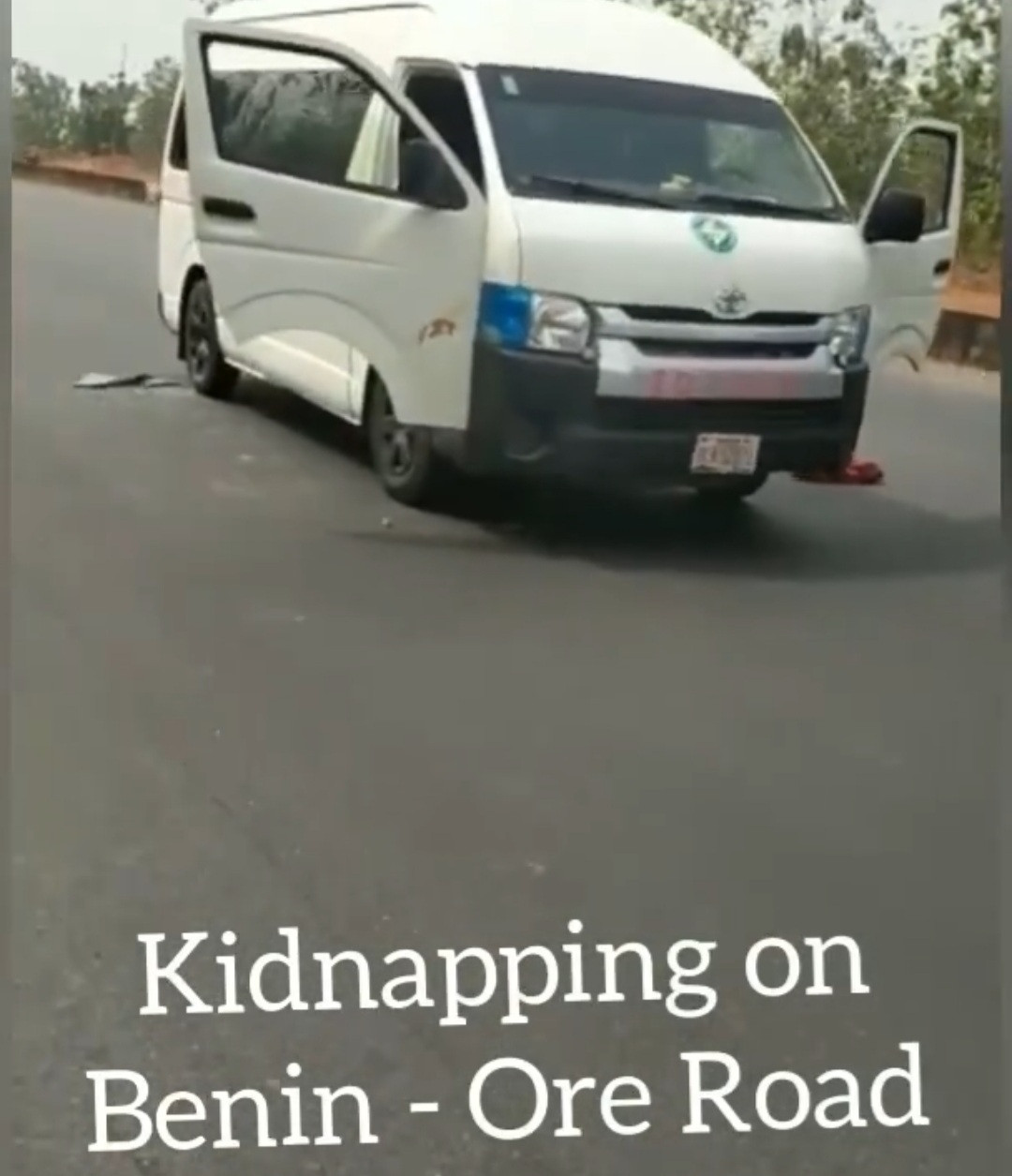 Locals who claimed to witness the attack said the kidnappers came out of the bush.

Other travellers that witnessed the alleged attack abandoned their vehicles and ran in different directions.

A particularly moving moment in the video shows a little girl rejoicing when she finally sighted her father after everyone started coming out from their hiding places when they were sure the attackers had left.

I was discriminated against, abused, slept in abandoned buildings and bush