Home LINDAIKEJI School kidnapping takes place even in the most developed countries in the...
Do You Need Accurate Daily Football Prediction and Tips? – Click Here 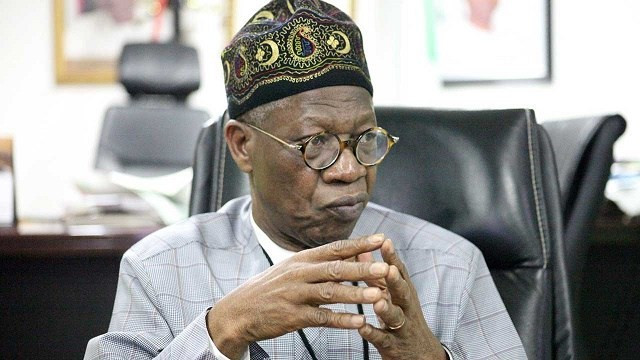 The Minister of Information and Culture, Lai Mohammed has said that school kidnapping takes place even in the most developed countries in the world.

Lai Mohammed said this while being interviewed on Channels Television on the rising insecurity in Nigeria.

The Minister who averred that terrorist don’t live by the rules of government and are interested in soft targets, alleged that there was kidnapping incidents in at least 4 schools in the United States in 2020.

Mohammed noted that kidnapping of school children attracts more global attention and that is why kidnappers engage in them. He further stated that what matters most to him is intelligence gathering as Nigeria cannot turn all its schools to barracks.

The minister who disclosed that the current administration has considered moving students to schools where there are security, also recalled how suicide bombers were attacking places of worship in the country few years ago.

Watch the video below…..

Meghan accuses British royals of racism, says they pushed her to...