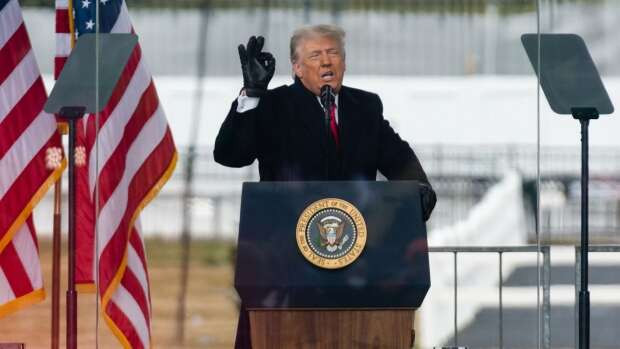 President Donald Trump has taken to Twitter to ask his supporters to “stay peaceful” after they stormed the U.S. Capitol building and violently clashed with police in an attempt to stop President-elect Joe Biden’s certification.

Vice President Pence, who was in the Capitol when the building was breached, tweeted for an end to violence and for people to respect law enforcement and leave the building.

“The violence and destruction taking place at the US Capitol Must Stop and it Must Stop Now. Anyone involved must respect Law Enforcement officers and immediately leave the building,” Pence tweeted.

He continued: “Peaceful protest is the right of every American but this attack on our Capitol will not be tolerated and those involved will be prosecuted to the fullest extent of the law.”

Trump also shared a video urging his supporters to stand down;

“This was a fraudulent election, but we can’t play into the hands of these people.”he said

Man narrates how Nigerians connive with foreigners to enslave other Nigerians

If you fall under the anointing and you break anything, you will pay – Pastor warns his church members (video)

Mother, her 3 kids, and 9 others die in Benue road accident

‘I will mobilise millions of youths to join APC’