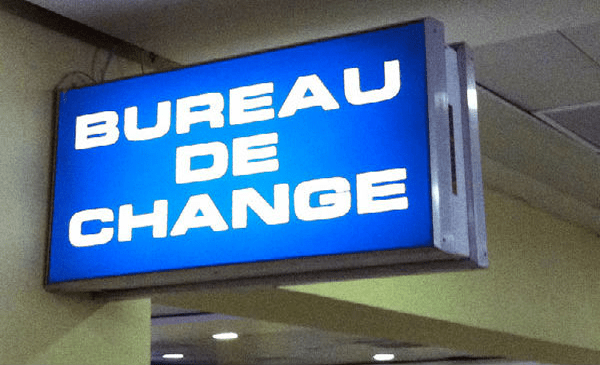 The police has reportedly arrested the son of an ex-minister over an alleged robbery attempt at an Abuja Bureau De Change.

The suspect whose father is a former Minister from Benue State, is in detention pending the conclusion of investigation over last week’s attack on the BDC. He was accused of carrying out the operation in one of his father’s cars and a locally made rifle.

A source told The Nation;

“The former Minister’s son allegedly stormed a Bureau De Change in Abuja last week with a locally made rifle in order to haul some cash. He came to perpetrate the act in one of his father’s cars.

“But while allegedly robbing the BDC, he was caught by vigilant forex marketers and beaten to a pulp before being handed over to the police. The angry mob also smashed his father’s car which he used for the ‘operation’.

”Preliminary findings have confirmed that the suspect, who is an officer with a Federal agency in Abuja, is used to free money. He is noted for an extravagant lifestyle.

“The family has been running helter-skelter to wield influence on the police to release the suspect and allow an amicable settlement with the concerned Bureau De Change Operator.

“There is desperation to cover up the case by asking the victim to apply to the police to resolve the case mutually.”

Though the FCT police command is yet to release an official statement on the alleged robbery, a reliable police source gave the publication an insight into the investigation.

“It is true that he was arrested for attempted robbery at a BDC and he is in custody.

“Our men have been grilling him on how he plotted the robbery. From the interaction with him so far, he knew what he did; there was no sign of being under the influence of drugs or alcohol.

“Police detectives have also been probing how he came about the rifle. One of the clues being explored is the suspicion that it might be some of the rifles given to political thugs during the campaign.

“It is also being suspected that he might have bought it for personal use as he was said to have had a lot of cash at his disposal when his father was in the Federal Executive Council (FEC).

“Detectives are trying to get to the root of some crimes he has perpetrated with the rifle.

”There are many top shots who are interested in this case. The police investigators have been under intense pressure. But we will see the investigation through and charge the suspect to court.

“There is intense lobbying to grant bail to the suspect but only a High Court can do so by virtue of Section 161 of the Administration of Criminal Justice.

”The section says: “(1) A suspect arrested, detained or charged with an offence punishable with death shall only be admitted to bail by a Judge of the High Court, under exceptional circumstances.

“(2) For the purpose of exercise of discretion in subsection (1) of this section, exceptional circumstance” include: (a) ill health of the applicant which shall be confirmed and certified by a qualified medical practitioner employed in a government hospital, provided that the suspect is able to prove that there are no medical facilities to take care of his illness by the authority detaining him. (b) Extraordinary delay in the investigation, arraignment and prosecution for a period exceeding one year, or (c) any other circumstances that the Judge may, in the particular facts of the case, consider exceptional.”

“The ex-Minister has always detested his son’s prodigal outlook. His attitude is a major challenge which the family has been grappling with.

“It got to a point recently that the ex-Minister asked the son to move out of his residence and live on his own. His father has been telling friends and associates to prevail on the suspect not to tarnish his hard-earned name.”

When asked if the ex-Minister reported his son’s misbehaviour to security agencies and the police, the source simply said: “I am not aware.”

The ex-minister’s son risks a 21-year imprisonment if convicted in line with Section 1(2)(a)&(b) of the Robbery and Firearms (Special Provisions) Act. But attempted robbery under the same law attracts 14 years in jail.

Rapper 21 Savage’s brother, 27, is stabbed to death ‘during argument with a friend’ in London

If we keep our promises, APC will retain power in 2023