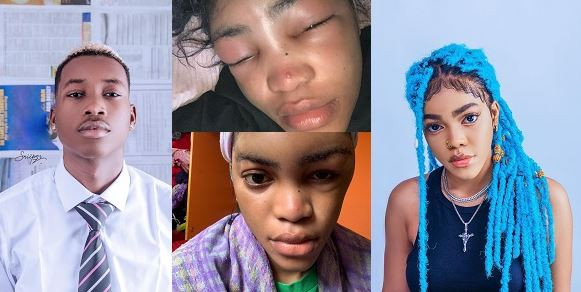 Nigerian singer, Lil Frosh has released a statement in which he apologized for his actions and also condemned domestic violence.

Recall that the singer whose contract with Davido’s DMW label was terminated, has been at the center of social media trends after being called out for assaulting and disfiguring his girlfriend.

The singer who finally broke his silence today October 11, stated that he is on top of the situation.