Home LINDAIKEJI “I got the gun from my married boyfriend who has 6 kids”...
Do You Need Accurate Daily Football Prediction and Tips? – Click Here 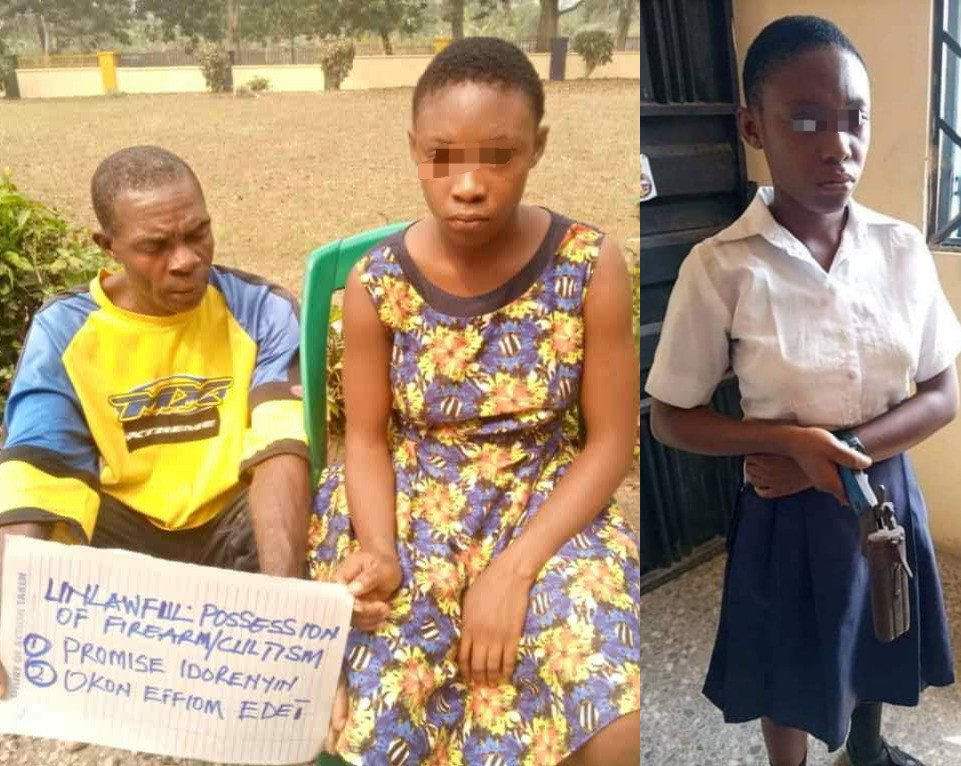 The female teenage student who was caught in school with a gun has confessed to being a cultist. She also said she got the gun from her boyfriend, Okon Effingham, who is married with six kids.

It was initially claimed that the girl, a student of Government Secondary School in Ikot Ewa, Cross River State, took the gun to school to shoot her teacher for asking her to cut her coloured hair (read here).

However, following her arrest, police discovered she was taking the locally made double barrel pistol to a blacksmith.

She told journalists on Friday, Feb 19, while being paraded that her boyfriend, who she has been intimate with since August 2020, is the owner of the gun.

She added that the man helps her with a number of things but isn’t responsible for paying her school fees.

She further stated that her mother allows the man sleep in her room.

Speaking at the Police Command Headquarters, Diamond Hill, Calabar, when she was paraded alongside her boyfriend who owns the locally made pistol and 11 others for various crimes, she said: “I am a member of Sky Queen Confraternity, I am just an ordinary member, I don’t hold any position in the group, I have known the owner of the gun who is my man-friend since last year, he sleeps with me and supports me with little things, but he is not the one paying my school fees. 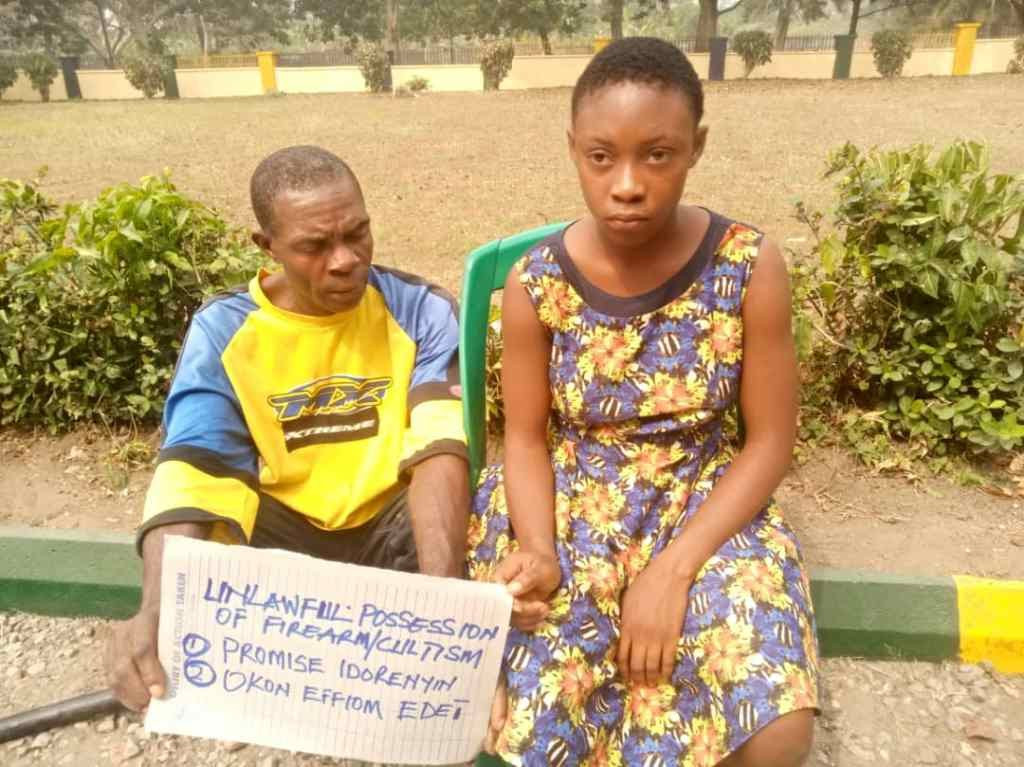 “My mother knows about him because he visits me at our house and sometimes he sleeps over at my place because I have my own room, then in the morning he goes back to his own house.”

The boyfriend to the schoolgirl, Okon Effiong said while being paraded: “I am a married man with six children, I did not give her the gun, she took it herself where I kept it under the bed.

“I started sleeping with her August last year, her mother knows me, I have been doing small something on her head, they know she is my wife.”

Briefing Journalists on Friday, Cross River Commissioner of police, Sikiru Akande, said that investigation was ongoing to unravel the mystery surrounding the ownership of the gun, adding that Okon Effiong has been arrested and more details would be made known soon.

The Police Boss also called on parents and guardian to cultivate the habit of getting closer to their children and wards to know what they do and who they mingle with.

West Ham star, Michail Antonio ‘set to switch his international allegiance to Jamaica after being repeatedly snubbed by England