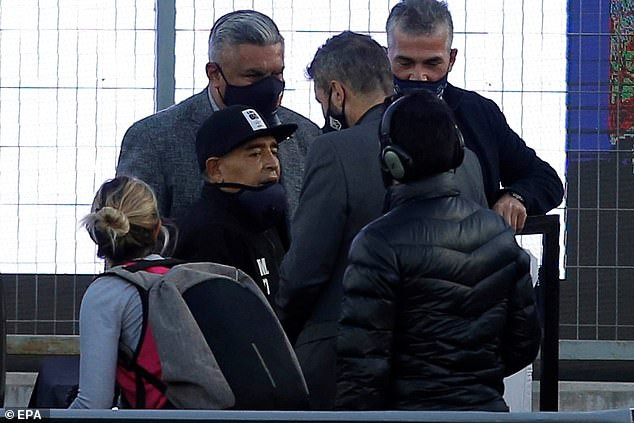 Diego Maradona has been admitted to hospital in Argentina just days after celebrating his 60th birthday.

The 60-year-old Argentine legend was reportedly taken to the Ipensa clinic in La Plata, about an hour from Buenos Aires to undergo tests as he had been feeling poorly for some time and will be held under observation for “several days, his doctor Leopoldo Luque said.

He had been feeling poorly and will be held under observation for “at least three days”, Luque told reporters.

“He is not well psychologically and that has an impact on his physical wellbeing,” Luque said. “He’s not as well as I would like and as well as I know he can be. He needs help, this is the time to help him.

“Diego is a person who is sometimes excellent and sometimes not so much,” Luque added. “He could be 10,000 times better. And bringing him here helps him. It’s very difficult being Maradona.”

Luque did not give specific details of Maradona’s ailment but said it was not related to COVID-19 as he had tested negative in recent days.

Maradona had initially self-isolated after one of his bodyguards displayed symptoms of coronavirus.

The former Napoli, Barcelona, and Boca Juniors player who has suffered frequent periods in hospital over the years will remain in the hospital for at least another 48 hours and he is unlikely to return to take charge of Gimnasia’s game with Velzez Sarsfield this weekend.

Lady given thread and needle to sew her ripped jeans before...