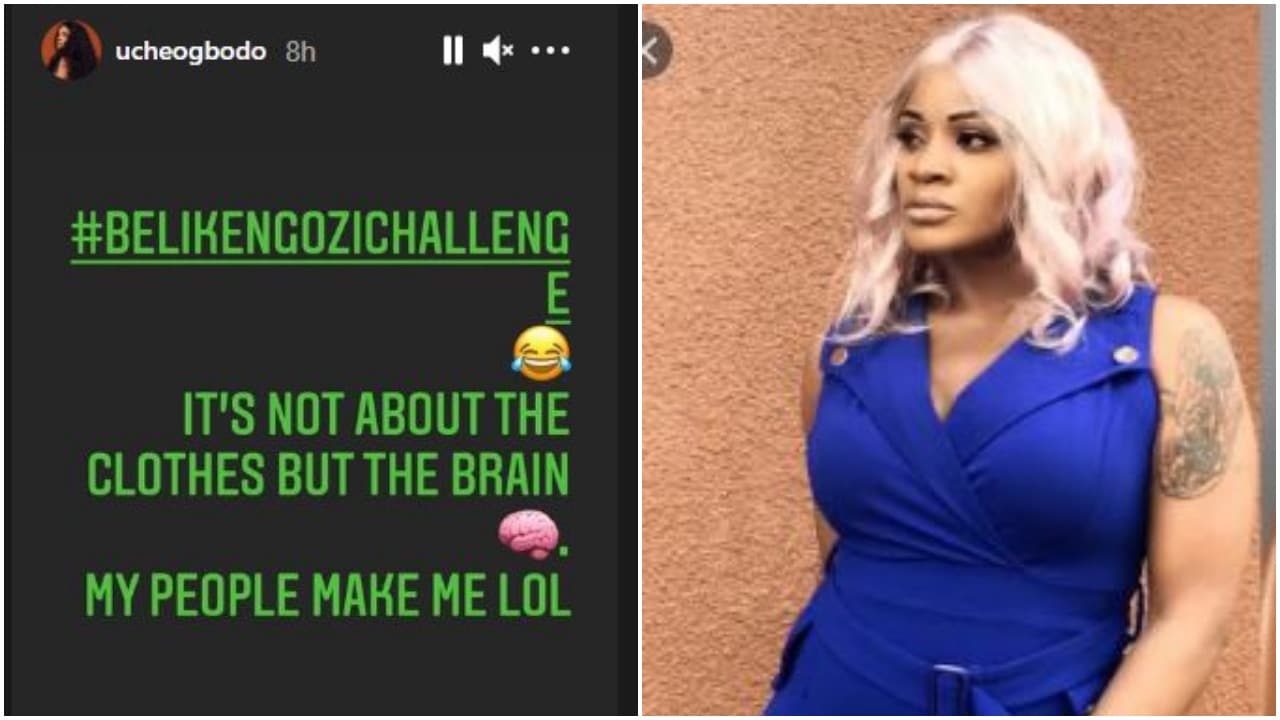 Nollywood actress Uche Ogbogodo has taken a swipe at Nigerians over the trend #BeLikeNgoziChallenge.

Following Dr. Ngozi Okonjo-Iweala’s appointment as the Director-General of the World Trade Organisation, many Nigerians hopped on the #BeLikeNgoziChallenge to pay tribute to her.

Some Nigerians wore clothes with glasses on to resemble the Okonjo-Iweala dress style.

The trend became a growing sensation on the microblogging platform with several reactions.

The actress reminds those who may be clueless about the trend stating it is not about clothes but the brain.

The post generated mixed reactions on Instagram. Some also slammed the actress that the challenge is noting serious but done to honour her.

nicclegg: They know it’s just a way of celebrating her so carry your seriousness enter school to read book to be like her.

kaleido69: Says the one who stays on Rosy’s comment section supporting her of snatching another man’s husband. Nne biko getat!!😬😬

olori.lilian: As they’ve decided to dress like her to celebrate her, wetin concern you ? Mschew!

foodie_that_cooks: Leave them abeg! All the one they were showing nyash upandan is it about the brain?

The post #BeLikeNgoziChallenge is about the brain not clothes — Actress Uche Ogbodo reminds those who may be clueless appeared first on Kemi FIlani News.

Check out photos of Simi, Regina Daniels and other stars with their babies as we celebrate Mother’s Day