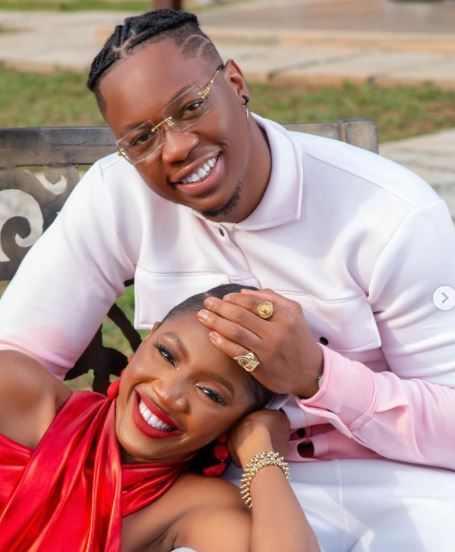 Ikenna Uri Nnama proposed to the love of his life, Theresa Ifeoma Ugorji on Wednesday, the 19th of May 2021. The duo became popular after they participated in a love reality show, Ultimate Love organized by Multichoice in 2020.

The lovebirds are popularly called Iykeresa. They earned this name while they were still in the competition.

Iyke decided to make his girlfriend’s 25th birthday a remarkable one by putting a ring on her finger. The proposal was a surprise and it happened in front of their friends and well-wishers.

Iyke shared the romantic surprise video of the proposal on his Instagram page with the caption; “Third surprise, I put a ring on it” accompanied with a love and ring emoji.  You can watch the video HERE

Iyke and Theresa came second in position on the Ultimate love show in 2020. They were loved by a lot of viewers of the show.

Iyke and Theresa’s relationship continued to blossom after the house. After the show, both of them did not stop showing love to each other on social media; in fact, they have a YouTube channel together.

Oluwatimileyin Adebanjo is a social media savvy journalist with a flair for human interest and entertainment stories. She honed her journalistic skills during her stint at Punch Newspaper before cross carpeting to Daily Independent. She is an astute journalist always hungry for exclusive stories.