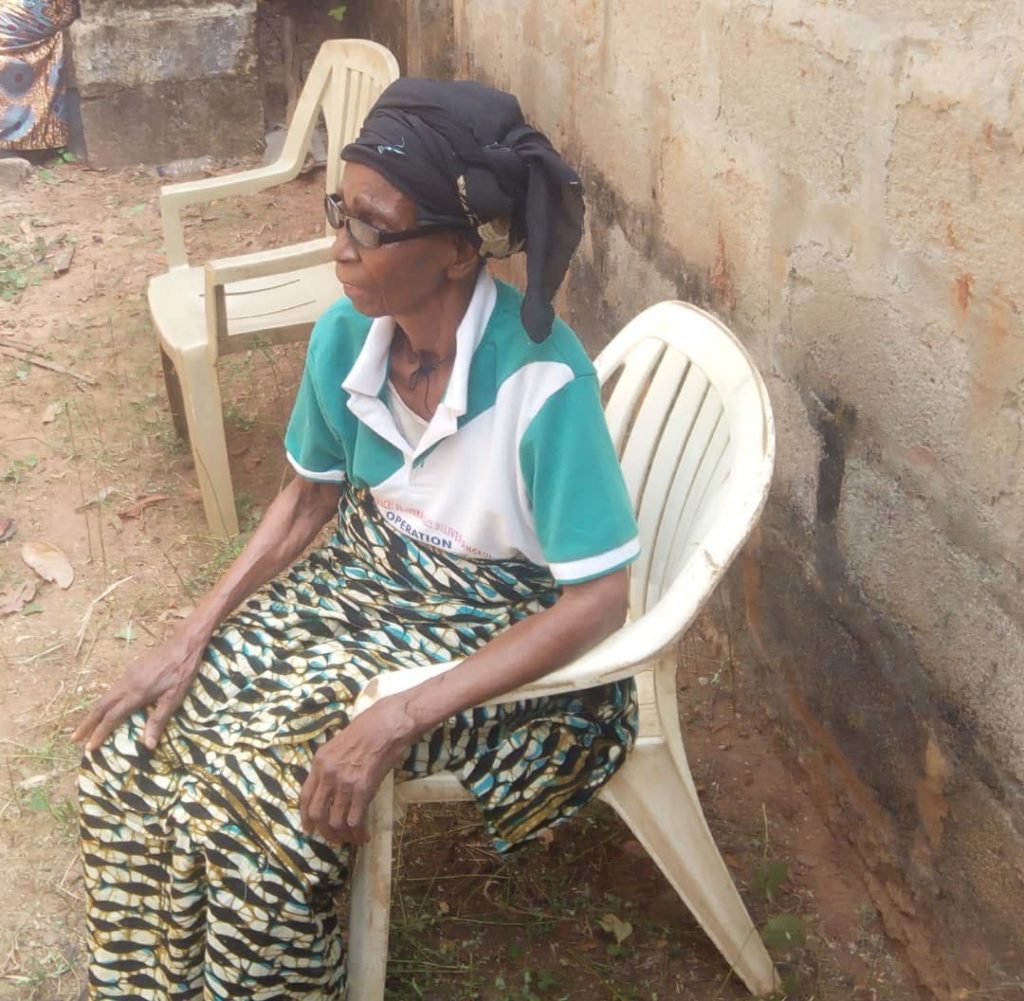 The 15 defendants led by Ibeto according to Onwuelo’s 83 paragraph statement of claim had on January 6 demolished her family properties located at No. 136-140 Abel Okoye road, Egbu, Umuenem Otolo, Nnewi.

Onwuelo who sued along with her three daughters namely: Margaret Ukachukwu, Felicia Ezeudo and Clementina Okolo for themselves and on behalf of Edward Onwuelo family stated in the statement of claim that Ibeto who led the vandalization and grabbing of the land had no family ties with the Onwuelos whatsoever, and is not from the village where the land is located.

Mrs. Onwuelo also stated her family commenced the process of moving to the said property in 1973 and completed the process in 1974.

She further stated that for more than 67 years she and her family were in “uniterrupted peaceful possession of the piece and parcel of land, cultivating same”.

However, her husband Mr. Edward Onwuelo died in 1991. His death was followed by her first son, Peter and second son Paul.

Following these tragedies, she stated, “Peter’s wife, Theresa, who is listed as the 12th defendant” became very aggressive, disrespectful and critical of her and started instigating her children against her mother-in-law and took personal issues outside the family”.

When she discovered that her daughter-inlaw began suspicious moves suggesting that she had plans to get outsiders to tamper with the land, she approached the traditional ruler Igwe K. O. N. Orizu III who in his rulling affirmed the incontrovertibility of her ownership of the land.

They consisted of all those who worked in liaison to demolish property in the land and took possession.

Mrs. Onwuelo prayed Nnewi high court presided over by Hon. Justice D. C. Maduechesi to among other things declare that by the invasion, trespass, demolition and subsequent actions of the defendants on the properties, the plaintiffs’ constitutionally guaranteed right to dignity of human person, right to own properties, right to private and family life and right to personal liberty were grossly violated; a declaration that the plaintiffs are entitled to the statutory right of occupancy of the piece of land; a declaration that the private second access road paved in the middle of the land by Benjamin Akamelu, his agents and privies without permission of Mrs. Onwuelo amounts to trespass; an order that the defendants pay N30. 925million as estimated value of damaged structures; N21, 494,750 to cover properties carted away when the place was invaded; N1. 3billion as aggravated and exemplary damages the plaintiffs suffered; N320million for gross violation of the plaintiffs’ constitutionally guaranteed fundamental human rights when they invaded the land and N100million for damages occasioned by trespass and creation of private access road; and N50million for the cost of action assessed in that sum.

Justice Maduechesi adjourned the matter to be heard as from May 12,2021.
He, however, warned that any party that will default in appearing the days the case is listed for hearing will pay a fine of N50, 0000.00 to the other.