Home GHGOSSIP “I am Not Gay”, Zari Hassan’s Son Changes The Tunes After Netizens... 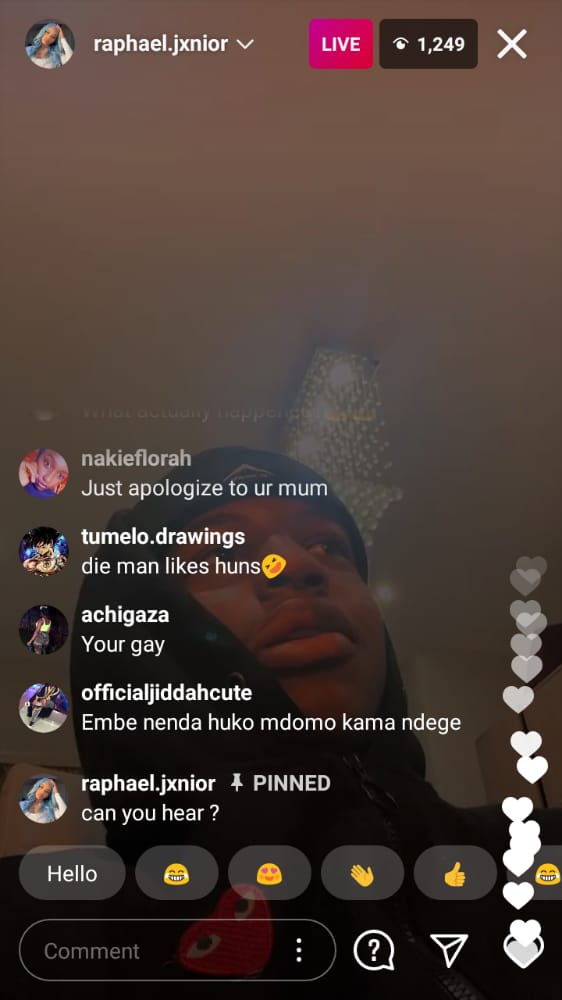 Raphael initially took to social media to say that he was gay and preferred boys to girls which made him to come under heavy backlash online for his comment.

He later backtracked on his statement after being called out as he explained that he made the statement out of the nude photos and messages he had been receiving from some ladies on social media so they could get away from him for good. He also said he was voicing out the gay claim to support gay people who are afraid of coming out.

Twitter User, Deep Marvin Reacts After His Baby Mother Called Him Out For Refusing To See His Son

Nigerian Mother Of Four Collapse Husband’s Wedding With Side Chick

Retired Archbishop of Church of Uganda suspended over affair with a...