Youths under the aegis of ‘Middle Belt Youth Organisations’ have called on the Federal Government to establish the North Central Development Commission without further delay.

The youths also added their voice to the creation of State Police and a National Policy on Ranching to end open grazing in the country.

Officials of the Middle Belt Youth Organisations led by their Coordinator and President, Benue Youth Forum, Comrade Terrence Kuanum, made the call today during a courtesy call on Governor Samuel Ortom at the Benue Peoples House, Makurdi. 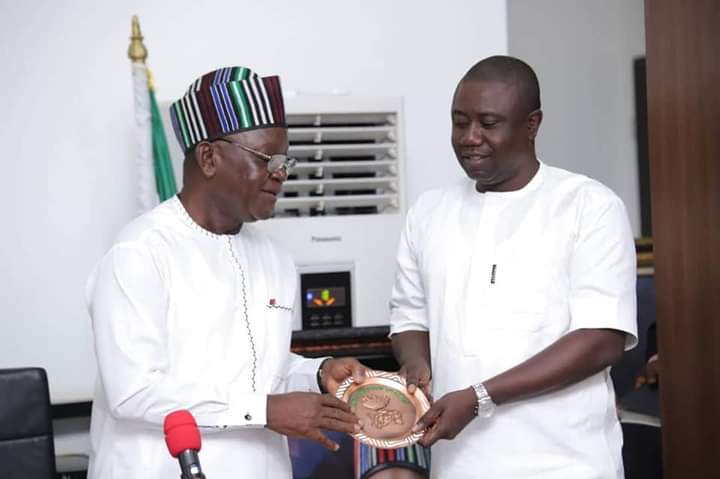 He told the Governor that as a group, they were deeply worried by the various security challenges in the Middle Belt region, especially Benue, Kaduna South and Plateau States, being perpetrated by young people and commended Governor Ortom’s efforts in trying to curb the menace.

They advised other leaders of the region to emulate Ortom’s statesmanship and strategies.

Ortom’s media aide, Jimin Geoffrey, said the governor in a response, applauded the Middle Belt youths for throwing their weight behind his administration’s clarion call for justice, equity and fairness in the country.

Governor Ortom explained that his administration owes no one any apology for insisting on justice, equity and fairness for the country and would continue to stand by what it feels is right.

He expressed happiness that other Governors have come out to ban open grazing in the country, describing as unfortunate, the decision by others to hide under cattle rearing to take over peoples land.

Kogi prince, Malik slams politicians for celebrating while late COAS was being buried