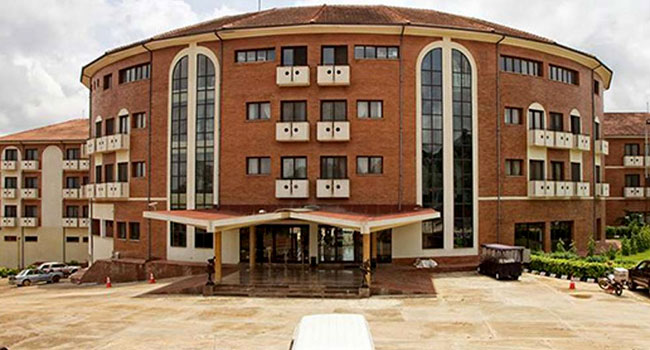 
Two people have been reported killed in an explosion at the Olusegun Obasanjo presidential library in Abeokuta, the Ogun state capital.

It was gathered that the explosion occurred around 11:23 am at the Marque event centre within the premises of the library, on Thursday.

According to witnesses, the explosion was triggered when technicians were topping up gas into the Air Conditioner at the event centre.

This explosion brings is the fourth number of explosions recorded in the last week in the city of Abeokuta.

No fewer than six persons, including an infant, died in three different gas explosions in Abeokuta from those incidents.

It will be recalled that the Conference Hotel in Abeokuta owned by a former Governor, Gbenga Daniel was also hit by an explosion, killing two and injuring three others.

The two occurrences of gas explosion last week claimed the lives of an infant and three others.

Putin Backs Prisoner Swap With US Ahead Of Biden Summit