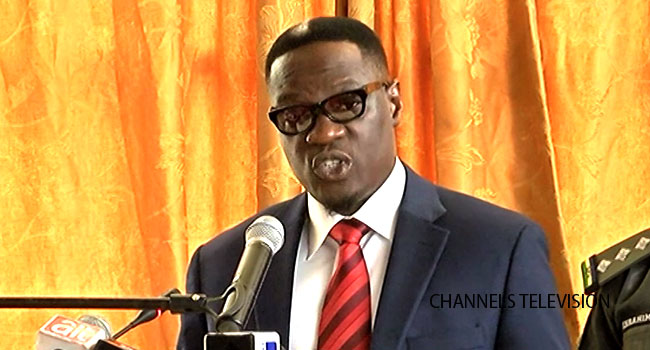 The immediate past governor of Kwara State, Abdulfatah Ahmed, has been arrested by the Economic and Financial Crimes Commission (EFCC).

Sources at the anti-graft agency told Channels Television that the former governor is being questioned by a crack team of operatives at the EFCC headquarters in the Jabi area of Abuja, the nation’s capital.

He was said to have arrived at the EFCC headquarters at about 10am on Monday, in response to the invitation extended to him by the agency.

Following his arrival at the anti-graft agency’s office, Mr Ahmed was in the interrogation room for about seven hours, writing statements.

While details of the case were still sketchy as of press time, sources revealed that his arrest was in connection with how funds to the tune of about N9 billion were allegedly diverted from the coffers of the Kwara State government.

The money was alleged to have been diverted during Mr Ahmed’s tenure as governor of the state, and when he served as the Commissioner for Finance in the administration of former Governor Bukola Saraki.

A spokesman for the EFCC, Wilson Uwujaren, confirmed that the former governor responded to the commission’s invitation.

He, however, declined further comments.

Ahmed was appointed as the Commissioner for Finance in Kwara after Saraki assumed office as governor in 2003.

He also served as the treasurer of the Forum of Commissioners of Finance in Nigeria, as well as the Chairman of Budget Formulation Committee and Economic Team of Kwara State.

In the build-up to the 2011 general elections, Ahmed contested and won the primary of the Peoples Democratic Party (PDP).

He won the Kwara governorship seat and re-election after succeeding Saraki also won the election to represent Kwara Central senatorial district in the National Assembly after completing two terms as governor.

Ahmed left office in 2019 and was succeeded by the incumbent governor, Abdulrahman Abdulrazaq, who won on the platform of the All Progressives Congress (APC).