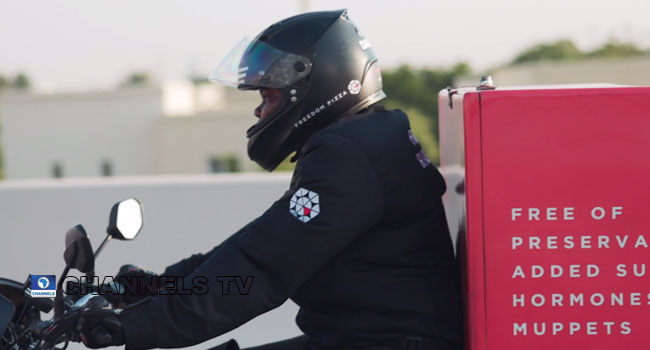 Nigerian, Gift Solomon is the only female delivery rider in the United Arab Emirates (UAE).

The 27-year-old is being celebrated in the United Arab Emirates as the first female to take on the male-dominated food delivery rider job, an add-on to her role as an assistant manager at Freedom Pizza in Dubai.

Born and raised in Ologbo, Edo state, the native of Ondo state is the fourth of six children.

Her family’s financial constraints pushed her to abandon her pursuit of a Degree in Business Administration, at the National Open University (NOUN) in Nigeria in search for greener pastures. 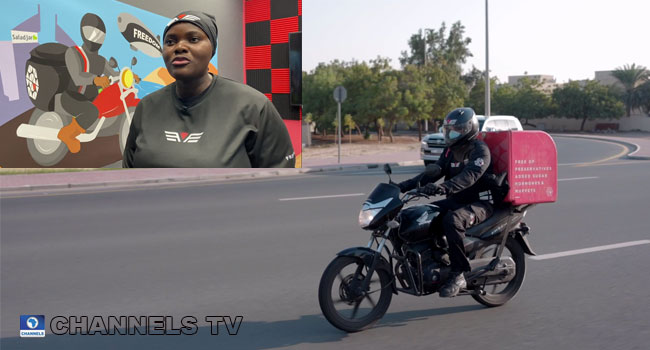 “There are some certain things that that is tagged that ladies cannot do, but then that doesn’t mean the law doesn’t allow people to do it, it’s just because ladies are not coming out to do the stuff,” she said in an interview with Channels TV’s Dubai correspondent, Mayowa Adegoke

“My parents really struggled a lot. I and my siblings get the best (they could offer) which I as a person, I am really thankful for because, without my family (my parents), I won’t be here”, says Gift, who first arrived in Dubai in 2016.

Gift left Nigeria to work in Dubai after paying a Nigerian employment agent the sum of N450,000 to secure a job that never came.

After she eventually made it to Dubai, another agent, a Pakistani she met in the tourist city, collected 2,500 AED to get her employed. Six months later, Gift’s friend who works at Freedom Pizza encouraged her to attend a walk-in-interview.

“When I came, I was in Dubai for about six months, there was no job. Trust me, the six months were like the worst months of my life because I had to really had to struggle considering the cost of living; It’s on the high side.”

“I couldn’t ask my parents (for money) because I told them I already have a job”.

Her determination has now paid off. From working as a phone operator in 2016, Gift rose to the position of the assistant manager just last year, when her ambition took this latest turn. She now takes pride in contributing to a new narrative within the UAE’s food delivery industry. 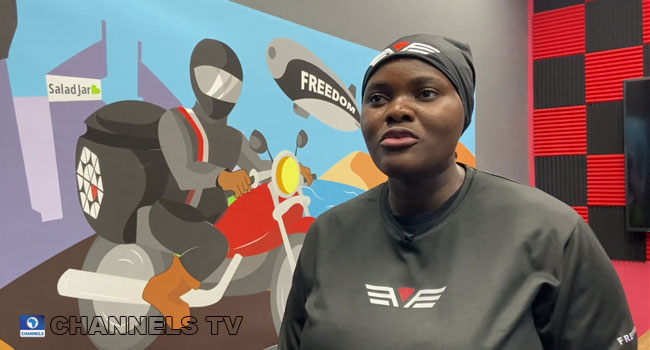 “There are some people who think it’s not accurate for me to be a rider… being a rider is not something I was forced into (it’s what I want to do). I know I can do it and I’m doing it, to set an example for people”

Gift hopes her story can serve as an inspiration and encouragement to other Nigerian youth to always embrace hard work regardless of their circumstances.

Her greatest wish is to see more women taking on daring opportunities as she herself continues to effortlessly break gender stereotypes one delivery at a time.